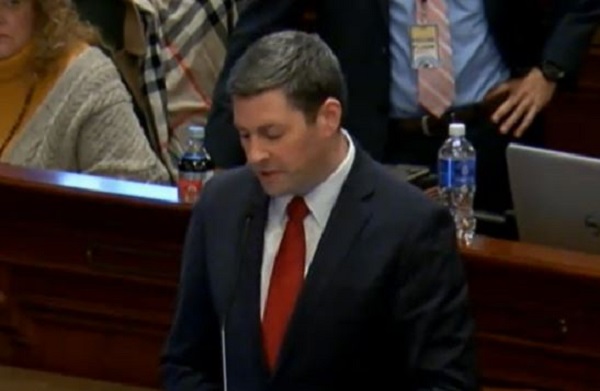 Rep Kifowit stated she filed a Motion to expunge her previous death wish comments (watch them here) from the House records. Motion passed.

Rule 51 violations were also discussed (personal attacks) - and the fact the Chair did not gavel the comments when they happened.

A dissent in protest was announced with an invitation for both parties to sign on to the protest.

Rep Peter Breen accepted her apology. Stated that instead of Kifowit's remarks being met with handcuffs, they were met with applause (by her party) on the House floor.

Both video clips are below: