In a recent Danville Area Community College (“DACC”) Board meeting, Board Members were basically instructed by DACC president Steve Nacco not to listen to concerns raised by citizens in attendance. Steve Nacco provided these instructions of censorship…prior to inviting the public to comment in public session.

As in the month before, the issues of concern center around DACC’s Executive Vice-President, Instruction and Student Services, Danville, Illinois, Dave Kietzman and his 14-year participation on the Vermilion County Regional Airport Authority (VCRAA). At a previous DACC board meeting, copies of the laws in which Dave Keitzman is believed to be in conflict with were provide to the board. If the board members bothered to read it, we are confident they could not honestly allow this to continue.

Here is what we got out of the president’s ranting (even though all of it is wrong):

Our answer to what Nacco said:

What is puzzling…is why the Board has yet to deal with the seriousness of this concern…in light of the facts. There were no agenda items regarding this matter in the board meeting and yet, we believe DACC itself is violating Illinois Law by continuing to compensate Dave Keitzman. (As determined by existing case law which mandates automatic ouster of the first position held when accepting a conflicting position – this is an operation of law with no court action needed).

It is also interesting to see how DACC resources, based on the president’s comments, are now being used to delay action and protect the continued presence of Dave Kietzman.

Finally, what is this teaching our young students; that it’s OK to violate the law as long as you are a “man of integrity?” 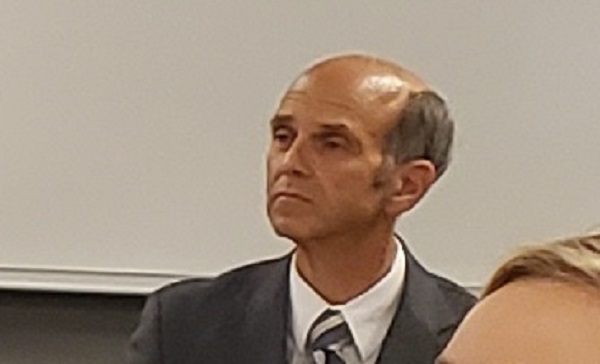