He has been absent for several meetings lately, and even left a meeting several months ago saying that he quit, but since he failed to submit a signed resignation, no action could be taken at that time.

This time it is official as he left a signed resignation with the Supervisor. 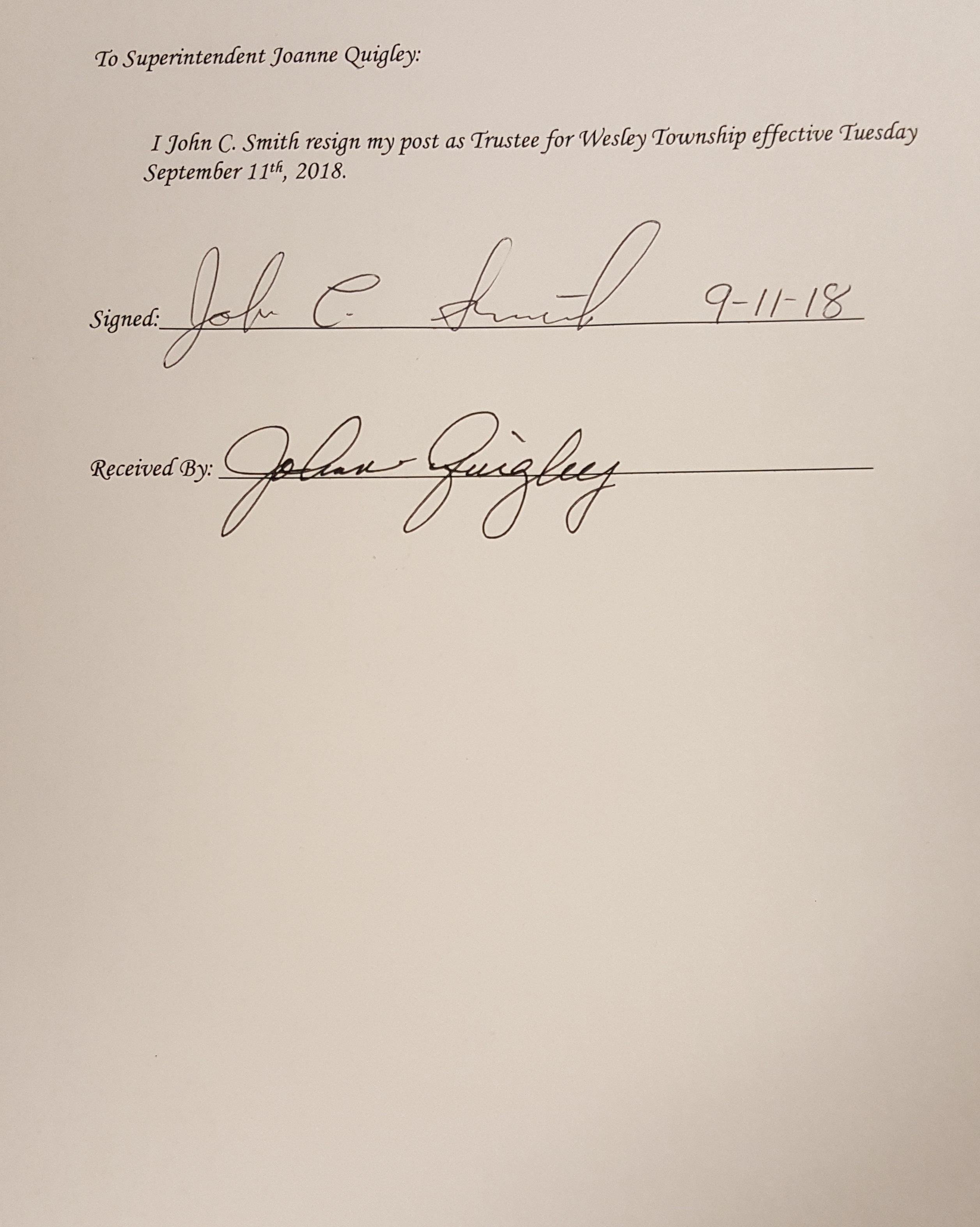