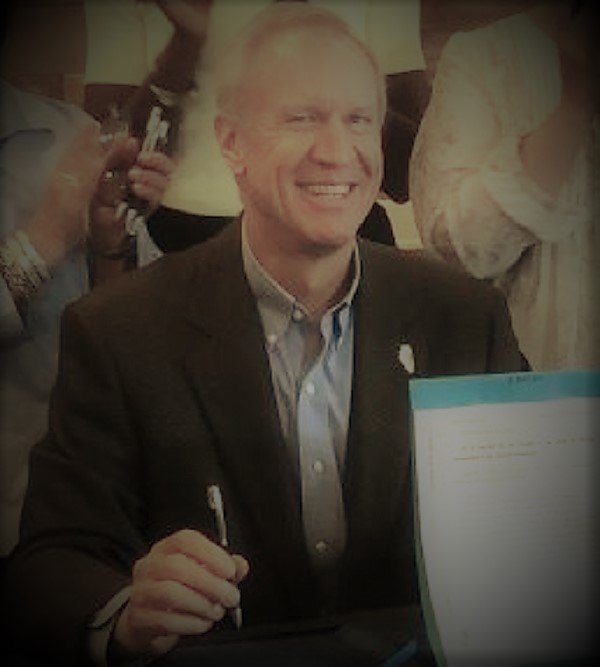 "An appointing authority may remove a public water district trustee it appointed for misconduct, official misconduct, or neglect of office."

This should really be coined the "Fosterburg Water District Amendment" or the "FWD Bill" because it was the bad actions of this Water District which prompted Legislators to sponsor and pass this Bill. Read about them (here).

Trustees of the Fosterburg Water District had, in the recent past, taken Super Bowl weekend vacations (with spouses) to St. Louis, Missouri and charged hotels rooms, catered food, alcohol, a separate party room, and other items to the taxpayers of the Water District. They purchased, on the backs of taxpayers, funeral flowers and food for funeral dinners of deceased family members. They participated in prohibited interests in contracts, and much more...

It was sponsored by State Representative Brad Halbrook, and State Senators Andy Manar and Chapin Rose.