Algonquin Township - "We did Investigate" says Board Member Melissa Victor 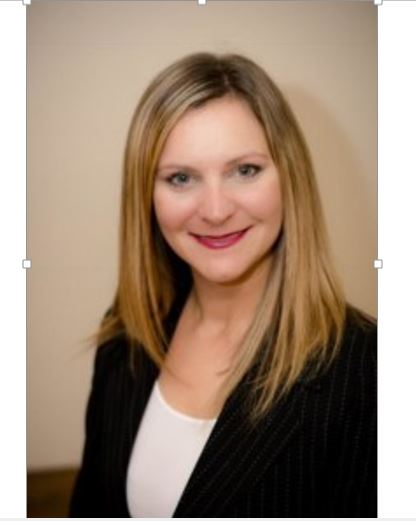 The local media covered, once again, that the attorney for the Algonquin Township Road District did not have malpractice insurance.  According to that reporting, the attorney said the board acted without investigating, however, Board Member Melissa Victor was quoted as saying "We did investigate".

We received numerous "demands" that we, too, jump on board and investigate the malpractice insurance matter.

It would appear this entire malpractice storyline is nothing more than a headline grabber in hopes of disparaging a local attorney or at a minimum, click bait. We say that because of the fact pattern of the exposure, starting with the media and then the very agenda item listed for the meeting where they told the public they were going to adopt a resolution to require attorneys doing business with the Township to carry malpractice insurance.

The local paper reported: "The township board voted, 4-1, Wednesday to require all lawyers representing township officials to carry malpractice insurance."

Unless we missed something, the board has not voted 4-1 to require all lawyers representing township official to carry malpractice insurance.

Such reporting is completely false when compared to the actual documents.

Our first question to those trying to make a case that this is an issue would do well to first start with the law...Oh, wait, sorry, there is no law that requires attorney's to have malpractice insurance.

Interesting perspective from the high court of Illinois. They were so concerned about malpractice insurance that instead of mandating it, they implemented a mandatory four-hour online self-assessment course.  LOL!  Sorry, can't help but laugh when the uninformed Township Board members once again get out in front of their skis.

Who knew 41% of the sole proprietor attorney's in Illinois did not maintain malpractice insurance?

"In 2016, approximately 68,000 Illinois lawyers were engaged in the active practice of law; 13,500 of which were sole proprietors. Astonishingly, 41% of these sole proprietors did not maintain malpractice insurance". -Illinois Supreme Court

It appears the high court was so concerned with this malpractice matter that they implemented a quiz in these new rules.

"Lawyers will also receive an individualized self-assessment printout documenting the results of each module’s self-assessment quiz. No minimum score is required for the quiz." - Illinois Supreme Court

I wonder how Melissa Victor and any other Board Member who participated in this "investigation" missed these important facts from the High Court in Illinois?

The agenda was a fraud on the public.

A fraud for several reasons.

Further investigation has confirmed the resolution adopted in violation of the Open Meetings Act does not even contain the words "Malpractice Insurance".

The fact there has been so much misinformation, misrepresentations, and failure to disclose key points, like the fact the law does not require malpractice insurance, it becomes clear certain board members and media is more focused on disparagement than the rule of law and reporting facts. I say that because the very resolution they did pass did not even contain the words Malpractice Insurance.  If that was the "real" issue they were so concerned about then why not have an actual resolution with those words?

The resolution simply says it won't approve the bills of any attorney that does not have proof of Professional Liability Insurance.  It does not say that an attorney cannot represent the Township, Township Road District, Clerk, and/or Assessor without malpractice insurance, thus this whole media frenzy appears to be a case of "fake news".

We have confirmed the attorney representing the Algonquin Township Road District does, in fact, have the very insurance this bogus resolution points to for board approval on their bills, Professional Liability Insurance.

I wonder how Melissa Victor and any other Board Member who participated in this "investigation" missed these important facts found in their own documents?

We thank those that urged us to "investigate" this matter!