We reported on this FOIA case when the Illinois Supreme Court granted our petition to file an Amicus Curiae Brief in support of plaintiff (read it here).

Plaintiff Perry and the Institute for Justice filed a Freedom of Information Act request for public records from the Illinois Department of Financial and Professional Regulations. The request was denied, and a request for review was filed with the Illinois Attorney General’s Public Access Counselor where it sat for more than a year with no determination.

The IDFPR appealed to the Appellate Court, who ruled against Plaintiff (upholding toe Circuit Court’s decision) citing that FOIA now prohibited the release of those records requested, and retroactively applied the amendment.

The Institute for Justice appealed that decision to the Illinois Supreme Court.

Video of the Supreme Court’s March 15, 2018 Hearing on this case is below:

Today, the Illinois Supreme Court published its ruling overturning the Appellate Court and remanding the case back to the Circuit Court with the following conclusion:

Illinois’s retroactivity analysis governs where a change of law becomes effective during the pendency of a lawsuit. Because the legislature did not clearly prescribe its intent as to whether sections 2105-117 and 4-24 should be applied to pending lawsuits, we considered whether, under section 4 of the Statute on Statutes,
the changes in law are procedural or substantive. As both sections 2105-117 and 4-24 are substantive changes to the law, sections 2105-117 and 4-24 are to apply prospectively only. Accordingly, as to Perry, we reverse the grant of summary judgment for the Department with directions that the circuit court hold a hearing to reconsider whether Perry is also entitled to disclosure of the subject complaint in a redacted form and, if Perry is the prevailing party, whether Perry is entitled to attorney fees under section 11(i). See 5 ILCS 140/11(i) (West 2016). We also direct the circuit court to hold a hearing on section 11(j) civil penalties. With respect to the Institute, we reverse the appellate court’s order and reinstate the circuit court’s grant of summary judgment in favor of the Institute.

The main issue was whether or not the change to FOIA was retroactive when the legislature did not specifically make it retroactive.

You can view below or download at this link. 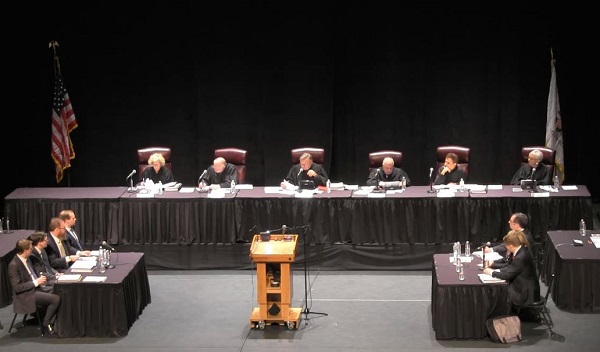