Beth Whisman is an appointed Commissioner to the Bloomington-Normal Airport Authority. She is also an employee of the Town of Normal, Illinois. She is also on Bloomington’s Downtown Signage Committee. See screenshot of her 2018 Statement of Economic Interest (here).

Her new position, as of December 2017, of Executive Director of the Children’s Discovery Museum and Cultural Arts Department, shows an annual salary of $116,577, according to the Pantagraph (here). This position is not clearly indicated on the city’s Job Classification and Salary Schedule (here and here).

Qualifications for appointment as Commissioner of an Airport Authority prohibit a commissioner from being a member of the governing body, or an officer or employee, of a unit of local government.

She is therefore disqualified to serve as commissioner of the airport authority and must be removed from office:

(70 ILCS 5/5) (from Ch. 15 1/2, par. 68.5)
Sec. 5. Qualifications of commissioners
and removal from office. No person shall be appointed to the Board of Commissioners of any Airport Authority who has any financial interest in the establishment or continued existence thereof or who is a member of the governing body or an officer or employee of a municipality, a county, or any other unit of local government, or an elected official of State or federal government, except when the authority is wholly located within a single county with a population of less than 40,000, an individual employed by a local school district may serve as a commissioner.

I filed a complaint with the IDOT General Counsel and IDOT’s Acting Director of Division of Aeronautics to have her removed from the office of Commissioner.

This showing of cause happens during a public hearing.

We urge Beth Whisman to simply resign as commissioner to avoid any further expense and embarrassment of her attempting to show cause as to why she should not be removed from office. 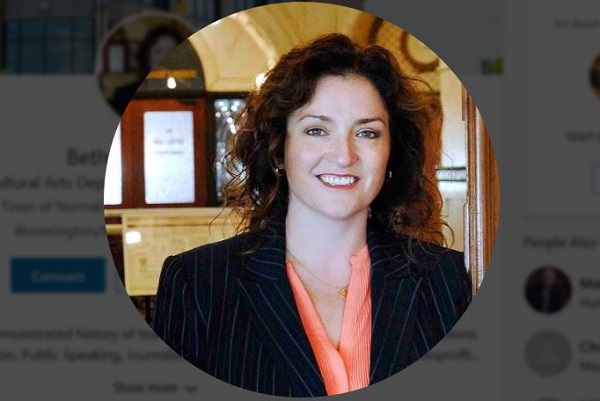