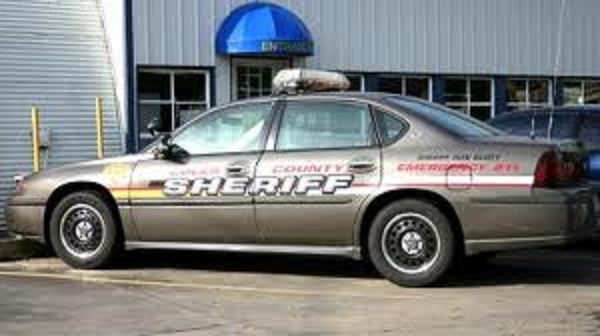 Yep, it's that time of year when those wanting votes tend to get snaired by their own words. Proverbs 6:2 comes to mind.

In this case, the article in the paper today about the Coles County Sheriff's race needs some clarification as there are some very telling statements that must be exposed and others that need to be explained.

I first want to address a very interesting statement found in the above publication. It points to a clear bias in reporting and we will explain why.

"Rankin disputed the validity of this vote, questioning how much of the union actually supports Spear. He said that many did not even know of the vote. However, he did not provide proof for that claim."

However, he did not provide proof for that claim?

Why should he have to provide proof of that when the very paper insinuating there was no proof, published the proof in a previous story?

"Deputy Butch Beadles, the union's secretary, confirmed the endorsement, which he said was based on a vote by members at a meeting on Nov. 5. He said about half the union's 40 members were at the meeting and the vote in favor of endorsing Spear was unanimous."

Their own publication points to less than half of the members actually voting to support Spear.  They published it not us. We have been told there were a whopping 18 votes by this union to support Spear, leaving over half not voting.

More importantly, for the reporter to state, there was no proof provided regarding Rankin's statement is actually an indicator.  Why was such a qualifier not referenced in Spear's comments that had no proof to support them?

Spear: "Much of this overtime problem stemmed from multiple officers leaving the department around the same time, according to Spear. He blames this exodus on office administration"

Why was there no follow-up comment from the reporting telling the people, "However, he did not provide proof for that claim."

Of interest to voters, Spear did confirm a very important fact. “Overtime is probably our biggest issue, and it is starting to ease off now,” .

Why is that important?  Becuase the title of the article in the paper points to morale being the top issue.  So which is it, morale or overtime?  Why is that important to know?  Because if the moral is down because of overtime, and the overtime is easing off now according to Spear, then naturally the morale should come back up.

While Spear and others browbeat the current sheriff about personnel, they have offered no solution, unlike Rankin.  We totally agree with today's published statement and want to ensure everyone knows why.

“I put it all on the county board,” Rankin continued. “If you literally have the documentation in a valid case study that shows what you have been trying to save for three years and they simply don't give you the people, there is nothing I can do to work with that.”

Some may be quick to say he is passing the buck.  Those people would be well advised to first read the law, something too few elected officials have done in Coles County.  We are pleased to see Rankin has.

55 ILCS 5/3-6008 - "Each sheriff may appoint one or more deputies, not exceeding the number allowed by the county board of his or her county."

So it is clear, Jimmy Rankin was spot on with the manpower issue.  It is the current county board that holds that power, not his office.  To put the manpower problem on Rankin is nothing but pure politics in our opinion and the law clearly is on the side of Rankin.  Please note, this is the same county board the past Chairman wants you to keep in office.  We exposed his misinformation in this article.

Another tell is found in this statement by Spear.

"It is ‘I do everything,’” Spear said. “It feels to us like one person taking all of the credit for everything good that comes in, and there is no credit given past that.”

So are we to understand Spear is acknowledging there are actually good things going on at the Sheriff's office?  It sounds like an admission of that fact and the real concern is who gets the pat on the back for it.  Is this a case of the buck stops with the Sheriff, meaning he is to blame for all things bad, but if there are things good, Spear and others want the credit?  Oh, the games that get played during an election!  Disect the words people!

We won't tell you how to vote, we only urge you to become an informed voter and it's clear, reading the paper does not inform the public with enough information.