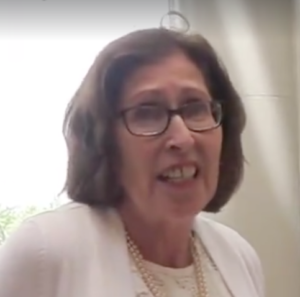 A strong argument can be made that the Orland Park Public Library Board (OPPLB) of Trustees has run afoul of the Illinois Local Government Travel Expense Control Act (50 ILCS 150/) in approving recent credit card spending by Library Director Mary Weimar without following the provisions of the law, which require receipts to properly support such spending. The question is now posed: what can the public do about this?

Prior to becoming a public act, the Travel Expense Control Act originated as HB4379 in the Illinois legislature and was sponsored by Representative David McSweeney (R, Barrington Hills) and Senator Tom Cullerton (D, Villa Park); the act took effect on 1/1/17 and requires public bodies such as the Orland Park Public Library to approve spending only when specific criteria have been met for the expenditures. The law requires a public body to write a resolution for reimbursement of travel, meal, and lodging expenses and then follow the rules they’ve set for themselves. The act originated out of necessity when it became clear that public employees around the state were abusing their spending privileges, including instances where public employees purchased alcohol for themselves and made the public pay for it.

The OPPL wrote a spending resolution for itself and has it posted on its website as Section A20 of its Governance policies; this includes a requirement that all OPPL employees complete a “Travel Expense Reimbursement Form” that mandates the attachment of “receipts if the expenses have already been incurred.” A receipt has been defined by the Illinois state legislature as a written record of items purchased and their costs, which is different from a credit card charge slip that contains no itemization of purchases and only shows the final total being charged.

As reported previously, Library Director Mary Weimar used the OPPL’s Visa credit card on 6/23/17 to incur a charge of $96.50 at the restaurant Lao Sze Chuan in Chicago but seemingly wrote as little as possible by way of explanation for this purchase on the required credit card reimbursement form. She also chose not to include a receipt for this $96.50, as required by the OPPL’s own reimbursement policies. Without a receipt showing what was purchased, the public has no way of knowing if she ordered alcohol that night or if she exceeded the allowable $35/dinner/day maximum or if she was in fact alone while using the Library’s credit card. Nowhere on the reimbursement paperwork does it state she was with anyone else that night, even though their policy requires the name of the person receiving the meal, so her spending remains a mystery.

This is problematic for the Orland Park Public Library Board of Trustees because at their August meeting they voted to approve payment of the Library’s bills from July. (See: Item I of their posted agenda, “Treasurer’s Report and Payment of Bills — for Action.”) This “action” item included payment of the Visa credit card that Mary Weimar used to charge that $96.50 at Lao Sze Chuan on 6/23/17 (which turned up for the first time on the OPPL’s July 2017 credit card bill).

(It should be noted that according to the most recent statement available for July 2017 that the OPPL owes a staggering $4,877.99 in credit card debt on this one Visa card alone, with all spending signed-off on by Mary Weimar as Library Director.)

So at the August 2017 Board Meeting, the OPPL Board members approved spending incurred by Weimar at Lao Sze Chuan without requiring Weimar to follow the Library’s established reimbursement rules and produce a receipt showing whether or not she used public funds to buy herself alcohol on the night of 6/23/17. The Library’s spending policies specifically prohibit an employee from receiving reimbursement for alcoholic purchases.

In this author’s opinion, this is the latest in a long and ongoing history of public employees at the OPPL believing they don’t have to follow the law and insisting that the public should not be able to see what they are doing with public funds. This is the very same public body that had to settle a transparency lawsuit filed against it because the very same people involved in keeping this $96.50 receipt hidden from the public elected to hide documents and excessively redact spending records, to the point where they had to be dragged before a judge and compelled to come clean.

This author thinks this matter with the Orland Park Public Library is a clear instance of a public body testing the boundaries of our state’s Local Government Travel Expense Control Act, where it seems that those running the OPPL may believe they have cleverly found a loophole in compliance so that employees who don’t want the public to see what they order to eat and drink in restaurants can then later claim they “lost” their receipts (but then still be reimbursed anyway).

The Travel Expense Control Act naively presumes that public bodies will exercise oversight and refuse to approve any such spending without proper receipts, but the OPPL Board just signed-off on Weimar’s expensive adventure at Lao Sze Chuan without requiring her to contact the restaurant and obtain a reprint of the receipt she claims she mysteriously “lost.” The OPPL Board should have voted to not approve payment for that expense until Weimar provided a receipt which established that she complied with all spending limits as written in Board policies.

If a public body chooses to not follow its own resolution for reimbursement of travel, food, and lodging expenses and decides to not require the production of receipts to support an employee’s suspicious spending, what recourse does the public have under the Local Government Travel Expense Control Act to demand compliance from the public body?

The statute, unfortunately, doesn’t address this situation. The matter at hand appears to be an example of a public body brazenly choosing not to follow the law when state legislators assumed that no public body would ever decide to behave this way. So it seems the legislature didn’t bother to build-in any obviously stated consequences for noncompliance.

This story will be updated when it becomes more apparent what rights the public has when the Local Government Travel Expense Control Act is ignored and noncompliance has been established, as it has with the OPPL and this suspicious $96.50 restaurant charge that has now been approved by the OPPL Board without a proper receipt.

Efforts to get the Attorney General PAC office to force them to produce the detailed receipt they are required to have by law was a waste of time.  “Because there is no indication that the Library possessed an itemized receipt for Lao Sze Chuan at the time that it received your request, this Request for Review is unfounded.”