After the last meeting was canceled and a small verbal discussion in the parking lot, Commonfields of Cahokia Water District employee, Jo Ann Reed, decided to extract some revenge and intimidate a citizen who dared to ask questions.

Reed, a person with her own criminal record which appears is what it takes to land a cushy public job in Cahokia, filed for an Emergency Order of Protection against Donna Ayers, a vocal opponent of all the self-dealing and corrupt practices in and around Cahokia. This was filed on July 14, 2016, and was denied by the Circuit Judge for failure to prove that emergency relief was appropriate, and a hearing was set for August 1, 2016.

The problem was that she lied on the Addendum to her filing:

Jo Ann Reed's "I engaged in an argument with her as well" failed to mention the over 23 times she called Donna a "crack head bitch" and a "crack ho" - and by watching the video you can easily tell the only "obscenities" directed at anyone came from JoAnn Reed and not from Donna.

Jo Ann Reed is so concerned, harassed, and intimidated that when she gets into her car to leave, she rolls her window down, drives the wrong way in the parking lot to approach Donna standing on the sidewalk, stops her car to shove her phone towards Donna, and starts shouting obscenities at Donna - and when she starts losing the shouting match, tries to get out of her car and approach Donna only to be stopped by a co-worker. That is not that actions of a person who feels intimidated, overwhelmed, or threatened by a citizen - it is the actions of someone who is doing the intimidating.

Here is the video, it lasts a little over 3 minutes and you might want to watch it more than once: 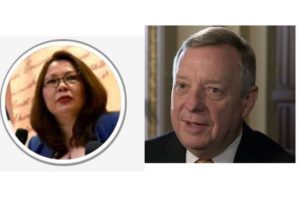