As reported the other day, the Bellwood Public Library Board is now under intense scrutiny and criticism for lavishly wasting taxpayer money on themselves while also seemingly being under the influence of a strange and mysterious man from Maywood, Illinois (who appears to be pulling Greene's and other board members' strings like a puppeteer to swing lucrative "consulting" jobs to people that the Mystery Man wants to receive these no-bid contracts).

Gipson delivered a stinging and passionate rebuke of the Board's wasteful spending (below), which included the following shocking information:

* Greene and other Bellwood Board Members selfishly squander library funds on trips for themselves when the library struggles to make even $200 off a Friends of the Library book sale. Money is badly needed for programs to enrich the community and to provide for the children of Bellwood, but Greene and other Board members waste money on hotel stays for themselves even when attending events in the Chicago area that they could drive back and forth to and save money. The Board seems to see the library as an ATM for taking mini vacations at any opportunity they can get away with.

* The Bellwood community wants board members that are financially responsible and frugal, not spendthrifts out for their own good time.

* For years, the Board has refused to update its by-laws despite multiple attempts and the hiring of expensive attorneys for that purpose. Where are the by-laws updates? The library's insurance status is also in question, with the public wondering if the library's insurance is up to date. The Bellwood Board members appear to not ever answer the public's questions in these matters.

* The Board seems to have dropped the ball on approving its own budget, according to Gipson. The basic competence of Board members was called into question with revelation after revelation of the Board members not doing what they are supposed to be doing.

* The Mystery Man from Maywood who appears to pull the Board's strings appears to be a man named Charles "Chuck" Baxter, who pushed into office something called "a new majority library board trustees." Gipson questioned if this "new majority" was a Political Action Committee of some kind and wondered why Baxter, who doesn't even live in Bellwood, was seemingly calling the shots with this "new majority." It sure sounds like Baxter somehow got a bunch of loyalists ensconced on this board who subsequently do what he tells them to do. But who is Chuck Baxter and why does he hold such power over Regina Greene and the others in the "new majority"? Why is Chuck Baxter also allegedly pulling strings on the D-88 school board in Bellwood too? What's this man's end game and why is he allowed to be doing this?

* According to the sum of Gipson's figures, Bellwood Board Members budgeted close to $33,000 for conference travel for the year 2016. This is wildly excessive for a library the size of Bellwood. For comparison's sake, other area libraries similar to Bellwood only spend between $5,000 and $9,000 for conference attendance and travel, less than one-sixth what the Bellwood Board is wasting.

* Regina Greene and other Bellwood Board Members demand pre-paid checks for as much as $150.00 per day when they travel on their mini-vacations couched as "conferences." No other area library board receives checks in advance of a trip like this. While not illegal, it is certainly unorthodox and unusual and a practice that would never be tolerated in the private sector. At other libraries, board members keep detailed receipts and then submit them for careful review and then reimbursement. Bellwood Board Members have been accused of taking the $150.00 per day "meal allowance" but not actually staying for the full duration of a conference (and never returning any unused money). Some Bellwood Board Members apparently also add extra days onto a conference trip, staying five days for a three day conference by arriving a day early and staying a day later and making the library pay for their airfare, hotel, and $150.00 per day in gluttonously excessive meal per diems. Why are the board members doing this?

* A majority of Bellwood Board members have been going off on these extravagant conference trips when only one (or at most two) member(s) should be going. There is no public benefit to sending the majority of board members out of town on an all-expenses paid vacation. Regina Greene and the other Bellwood Board members do not appear to learn anything at the conferences and do not come back and give presentations about any learnings. The conferences appear to be a way for these people to just take "free" vacations together and make the taxpayers pay. The Illinois Local Library Act does not allow library board members to be compensated for serving on a library board. It can be argued that board members taking excessive trips that do not benefit the public may be considered a "prize" and "perk" for being on the board, which can be viewed as a form of compensation barred by the Act. At some point, lavish travel stops being a business expense and starts being compensation and reward for holding a board seat.

Conferences put on by the American Library Association are particularly notorious wastes of public money, as the ALA is really not an organization with public libraries' best interests or community needs in mind. At most, an ALA conference will have one or maybe two events for public library trustees; the rest of the conference is geared towards networking events for librarians with master's degrees across the academic, private, corporate, legal, and other library fields. There is another organization called the Public Library Association (PLA) that is strictly focused on public libraries, but that organization doesn't throw events in lavish or expensive cities like San Francisco, Orlando, New York City, and other favorite ALA spare-no-expense destinations. It can be argued that no public library should be sending anyone to ALA events and should instead be sending people to PLA events, as the public gets more benefit out of PLA events.

If the public isn't getting any benefit from sending Regina Greene and her cohorts on these mini-vacations disguised as conferences, then why are the Bellwood Public Library's finances being drained to stuff their faces with $150.00 per day in pricy meals and put them up in fancy hotels? For comparison, $150.00 per week is the government's benchmark for a family of four's grocery spending and it's about what an average American on food stamp assistance is allotted for the whole month. The Bellwood Public Library trustees are making off with $150.00 per day, supposedly for food...and they are demanding checks up front and do not produce receipts to prove they spent that money on food. It is hard to believe that anyone could truly spend $150.00 on food per day short of eating every meal in the fanciest restaurant they could find.

Bellwood is a struggling community. Its residents depend on their library, especially in the summer, to give the children of Bellwood something positive and productive to do and a safe place where they can learn, play, and foster community. Every dollar spent feeding Regina Greene and sending her and Chuck Baxter's "new majority" of board members off on trips that would give Robin Leach pause is a dollar that is not available to fund programs for the children of Bellwood.

Everyone loves a "free" meal and a "free" vacation, but should the Bellwood Public Library Board be going to town like this all the time? 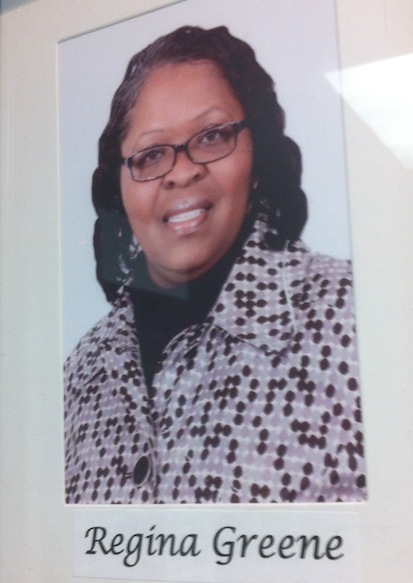