The DuPage County Board held a meeting on May 10, 0216, and in a similar move we had previously witnessed in Edgar County (here), the DuPage County Board, with Dan Cronin as Chairman, passed an Ordinance purporting to "restate benefits" for county elected officials - benefits that had never previously been legally authorized even though they have been collected.

It looks like the are simply restating what they have been authorized to receive, however, none of the "restated benefits" were ever authorized as required by law.

They first talk about Article VII in the Constitution, but fail to define what the Illinois Supreme Court has placed as the definition of Salary when talking about elected official compensation and the fact is must be set by the County 180 days prior to their term of office, and includes all payments and benefits. "We also note that the terms "salary" and "compensation" are virtually synonymous (Cummings v. Smith (1937), 368 Ill. 94, 99, 13 N.E.2d 69) and are used interchangeably in these provisions of the constitution."

The "benefits previously made available" were never placed in any previous resolution or ordinance setting compensation of DuPage County elected officials and therefore could not possibly have been previously authorized as this Ordinance states.

Next is the statement: "to the extent any of these employee benefits constitute “compensation,” such benefits were approved by the County Board more than 180 days prior to the commencement of the terms of any of the County’s Etlected Officials." This statement is attempting to claim that all previous benefits, even though never placed into the resolution/ordinance setting their compensation, were approved by the board. The Board is attempting to back-date the receipt of Health, Life, Dental, IMRF, and Vehicle Allowance for the board members who are in midterm and not taking office this coming December. It violates law.

Next is: "this Ordinance is a restatement of various employee benefits previously provided to the County’s Elected Officials" - the county board cannot "restate" something that has never been previously authorized. As we have stated previously, the only way to authorize any of these benefits is to place them in the salary/compensation setting ordinance..

Finally: "BE IT ORDAINED, that nothing in this Ordinance shall be construed as increasing, decreasing, or in any way altering any employee benefit or part of the compensation previously available to any of the County's Elected Officials" - Wow. what a sentence. So they restate previous benefits that never legally existed, claim those nonexistent restated benefits were effective prior to "all" elected officials took office (even though that is not the case), and then claim they are not altering anything while trying to add benefits to current officeholders.

Basically, this Ordinance is trash.

OK, this one is pretty good with the exception of claiming the board had previously authorized benefits such as health, life, dental, etc. - unless it only applies to the above Ordinance passed just prior to this one.

RESULTS OF THESE ORDINANCES?

It is our belief and understanding that the above "restating benefits" Ordinances is trash, and the "determining compensation" Ordinance passed on May 10, 2016 is only applicable to the elected officials starting a new term of office in December of 2016 and that all benefits previously paid and that continue to be paid are in violation of the Constitution and the Counties Code. 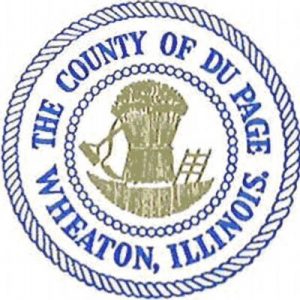