Dr. Ann E. Rondeau signed her three-year contract the day after the College of DuPage Board of Trustees voted on her selection as the new leader of COD.  The vote for her selection was actually 5-0 however the local media failed to properly report those results.  Former Chairman Erin Birt voted to abstain for reasons she explained, however, an abstention carries with the majority, thus her vote counts as a yes vote.  Although some may consider this trivial, it is not.  The Higher Learning Commission had taken issue with the voting record being split 4:3 so we believe it is important to report the actual result, which was 5:0, thus a unanimous vote among those voting.

Reviewing the contract we must say it is refreshing to see this contract when compared to so many other public sector contracts that are costing taxpayers a fortune in unneeded perks. Vice Admiral Rondeau appears to understand the meaning of public service as her acceptance of this contract is a major savings to the taxpayers of District 502.

No frills, no car, no housing, no respite leave, and note in particular that severance is capped at 75% of base salary. This contract is clean, clear, and transparent, unlike what Breuder had where it took serious analysis to figure out what was actually being provided and its worth.  Also note, no laws are violated in the new contract, unlike Breuders contracts that contained language giving the board permission to take action in closed session.  That fact alone speaks volumes about the new board leadership voted in office last year.

This contract, and it's acceptance, clearly points to reforms being the future for COD.  We would like to thank all those responsible for getting COD to this point as it could not have been accomplished without the efforts of so many.

President Rondeau, we welcome you to your new base and are encouraged that some Military discipline will be a part of COD's future. 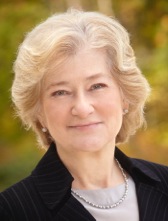