As we have stated previously on the issue (here) with the Clark County Park District and the “free painting” claimed by the park district’s director, Charity Murphy – who still doesn’t, as far as we know, live within the district boundaries as required by park district policy.

Farm Services Group Painters, from West Terre Haute, Indiana, sent a letter to Charity Murphy signed by Clifford Allison, in which they made some uneducated statements about what is really happening with the “free painting” provided to the park district.

Buying Murphy’s hype about “a few disgruntled individuals with nothing more than an axe to grind” make us think they have not been told the real truth to this issue.

Another statement made by FSG was “it is important that they [commissioners] know the negativity of a few is impacting the desire to want to give back...” – and it again makes it clear they have not been given the truth by Murphy as to what the actual issue is – her false statements.

Finally, FSG says they “have no idea who initiated this frivolous claim for an investigation but it is doing nothing but taking away from the efforts of Mill Creek” – again, we ask that they seek the answer from Charity Murphy, as her false statements from the beginning are what this issue is about, not the painting, but the lies surrounding the painting that keep changing when new information is discovered.

To FSG Painting: Please collect all the facts before writing any more letters to the very person who is responsible for this conflict – and remember, if Murphy would simply be truthful, and follow the law, she wouldn’t be wasting her time on “negative crap.” 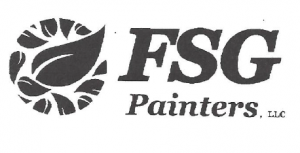