Once again the silly season is upon us and the volume of lies and misinformation being pushed out is fast and furious.   As we have always done, we will once again link to actual documents and ask you the voter to read them and make your own determination as to what it means and decide who you believe.

Let’s start with first publishing the actual court documents pertaining to the Class X Felony Home Invasion charges Kay was facing.  See what the real record shows instead of a candidate’s spin on it.  Considering he posted his version of the situation on his Facebook page I am surprised he did not disclose the actual record for everyone to read and understand.  Now they can compare his version to the official record.

So there is no confusion, pay attention to what he was originally charged with, which was a Class X Felony Home Invasion as shown on page 7 and 8 of the records.  Yes, it was plead down to the worst Misdemeanor possible, which was a Class A misdemeanor, but let it sink in that he was charged with entering a person’s home without their consent  and committing bodily harm over a garbage bill. (CLICK HERE for the Court Records).

His Facebook Mea culpa would have you believe that this 1999 event was a turning point for him.  If that is the case, I suggest he explain his own e-mail communications to a potential customer in 2013, just shy of three years ago.

When a person asked him for quotes and informed him thanks, but no thanks, based on his high prices, Kaye responded in a manner that most will agree, is consistent with the pattern of behavior he claims to have left behind in 2000.

Then he tries to intimidate the customer with this claim.

The deceptive trade act can be read at this link.  There is no way for a person asking for a quote from a seller to be found as violating the deceptive trade act.  The guy wanted prices.  Kaye’s were too high and he said thanks but no thanks.  Why fabricate such a lie over answering a price quote?

Then he closes it out with what many would consider a threat.

Jonathan Kaye, a convicted violent criminal, claims to be a changed man and wants your vote.  If he is a changed man then how do you cross that position with the attack on a customer simply asking for prices less than three years ago?

Now more than ever the voters need all the information in order to make a decision on who to support.  I suggest they start clicking links to actual documents and read them for themselves. 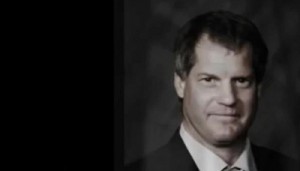