In recent months, the Mayor of Cahokia, Curtis McCall Jr., had decided to start evicting residents from public meetings, and charging them with disorderly conduct. During one meeting, he had a council member removed by the Cahokia Police Department.

Watching the meeting videos, you will see what appears to be “government minders” that one might expect to see  in North Korea or the former Soviet Union,  observing the council and residents from behind the city council, standing against the wall in a shameful display of the insecurity of Mayor McCall, and providing that intimidation factor the Mayor must like to present.

The St. Louis American has reported on things like the hiring of patronage positions with inflated titles and salaries, hiring a director and assistant director of Recreation for a recreation department that has largely been shuttered for years (and will continue to be), awarding no-bid contracts to his brother, hiring convicted felons to supervisory positions (while blaming it on Obama), and using Gestapo tactics to eject and arrest residents who attend meetings.

The elected City Clerk’s salary was reduced, in violation of law, and the clerk’s wife was hired as his assistant, presumably so the clerk could keep certain federal payments coming that would have stopped without a reduction in pay.

Additionally, almost immediately after approving the new public comment policy, the village took down its webpage making it impossible for anyone to download the form to fill out for public comment, and impossible to easily determine when their meetings were scheduled or to obtain email addresses to send notice of intent to speak at meetings. Of course the Mayor keeps telling people it will be back up and running “shortly”, but 2 and 3 months later there is no progress – which leads us to believe taking the site down was intentional and designed to limit the available information, keeping its residents in the dark on village affairs.

The Complaint to the Attorney General

A resident complained that the Mayor had violated the Open Meetings Act by not allowing residents the opportunity to address the council during public meetings, unless they complied with an overly restrictive public comment policy enacted by the Mayor after taking office. If you are a regular reader of ours, you will remember that changing public comment policies to further restrict comments is a tactic of those with things to hide. It is also an indicator that we must find out what they are wanting to hide and expose it for all to see. 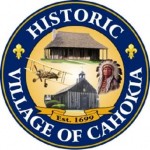