Stanford, IL. (ECWd) -
Thanks to Diane Benjamin, from blnnews.com for this video obtained thru the Freedom Of Information Act.
This occurred on November 11 in Stanford, IL. when a Stanford, IL. Police Officer was traveling on an icy road at night.
By:  Diane Benjamin
The video from the November 11th accident that totaled the Stanford Police Car has been received under the Freedom of Information Act.  I have the video starting right before the car hit a tree in the road, start it at the beginning if you want to see more driving.
Turn the sound off if you don’t want to hear bad language.
The officer was treated and released from the hospital.
Visit blnnews for the dashcam video: HERE... 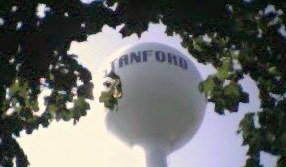