Gov. Bruce Rauner has jumped into the 102nd House District Republican primary, endorsing former state Rep. Brad Halbrook in what for now is a three-way race.

Halbrook, of Shelbyville, is running with Jim Acklin of Ogden and Randy Peterson of Paris to replace retiring state Rep. Adam Brown, who announced this summer that he would not try for a fourth term in 2016.

“The governor is supporting Brad because he’s the right fit for the district and supports the governor’s Turnaround Agenda,” said Rauner spokesman Lance Trover.

The 102nd District includes all or parts of Champaign, Douglas, Vermilion, Shelby, Moultrie, Macon and Edgar counties. It is largely rural and… continue reading with The News-Gazette… 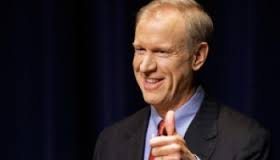 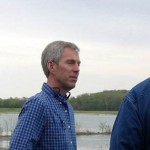