DuPage Co. (ECWd) -
10-5-2015: Updated to properly distinguish between "cadet" and "student" in the article...
The Suburban Law Enforcement Academy (SLEA) was established by the DuPage County Chiefs of Police Association in 1994 to satisfy the training needs of DuPage County police departments that were at the mercy of the Chicago Police Department Police Academy, Cook County Sheriff’s Office Academy and the Police Training Institute at the University of Illinois at Champaign, Illinois. These facilities were taxed to the limit and were not able to meet the needs of other surrounding Chicagoland police departments.
SLEA, at the College of DuPage, is another brain-child of Breuder that has grown into yet another problem to be fixed by the new Board of Trustees, and an area the Higher Learning Commission (HLC) took great interest in.
From the beginning, the academy operated at a loss financially, but those losses were offset by the benefit of having training conveniently located in the suburbs. In recent years, most specifically, under the rule of former President Breuder, inventive ways to fund SLEA were concocted. One such effort was to reclassify cadets as students and ultimately offer academic credit to trainees.
According to faculty, the 30 minutes scheduled with the HLC turned into 90 minutes.  As we understand it, many documents were provided to HLC that substantiates how out of line the SLEA program had gotten to include manipulation of credit hours for what appears to be financial gain, or at least justification for a roughly sixteen million dollar shooting range that will never be used for instruction of district 502 taxpayers.
We first exposed this questionable continuing education credit scandal in March of this year in this story.
For those that don't know, the SLEA is not academically affiliated with the criminal justice discipline at the College of DuPage in any way as their training schedule is established by the Illinois Law Enforcement Training and Standards Board (ILESTB), not the College’s academic process, the Illinois Community College Board (ICCB), nor the HLC. It is simply an academy for new police officers who have been employed by other police agencies, and from day one are receiving remuneration from the respective municipality, which is typically outside the 502 district.
The reason this is important is because many of those cadets are not in the 502 District, which means they are not suppose to be getting the same access to COD benefits as the students in the District.  We raised questions regarding this matter two meetings ago and are still awaiting the official COD response.
Dan Maloney, the now resigned training director for SLEA had inquired several years ago about new recruits  getting more credit hours and was informed "NO", as the SLEA training schedule did not comport with academic standards.  In addition, academy instructors did not have proper education credentials,  training materials were not academically vetted, and the training schedule hours set by ILETSB, not COD faculty, did not satisfy credit requirements that were being completed by degree seeking Criminal Justice students.
As if that is not disturbing enough, the very people who made the decision to add credit hours were not qualified, nor possessed the credentials to vet criminal justice courses and instituted administrative process that would hide and exclude the involvement of qualified faculty, according to our sources, which at this time will not be disclosed as to not jeopardize the criminal investigation.
To date, the ICCB has not commented on this matter and by all indications they are waiting for the HLC findings, which might be wise considering there might be some blow back on the ICCB.  Reasoning behind possible blow back on them is because it has been reported to us that these non District 502 SLEA student enrollment numbers were used to inflate the COD enrollments. It is possible that ICCB was informed of this yet did nothing to address it, however, ICCB has not gone on the record on anything related to this matter and is likely stalling to deal with what could ascend into a statewide financial review.
If that is the case there are possible financial concerns considering some of the funding for COD is based off of those enrollment numbers.  In short, in order to increase the amount apportionment received by COD, cadets were counted as students.

That may constitute fraud!

According to COD Handbook, Catalog 2013-2015, COD students must meet a list of requirements to qualify as a District 502 student.  With those criteria met, those students qualify for numerous things at COD such as access to services through Student Affairs, deferred membership to Chaparral fitness center, access to my ACCESS for course registration just to mention a few.
The SLEA cadets are employees of municipalities or villages and are not COD students and should not enjoy the same benefits, however, they are.
In June of this year, VP of Academic Affairs, Dr. Jean V Kartje, responded to a request submitted by full-time Criminal Justice faculty for a copy of the "cross-Over" document that was used as the premise for increasing the number of college credits for cadets attending the SLEA Basic Law Enforcement (BLE)class.  Materials provide to HLC point to that requested document as incomplete, filled with misrepresented information, contrived and seemingly copied content.  In support of the allegations raised by faculty, they provided key documentation to the HLC to include the SLEA BA Class 15-04 Course Hours shown below.
According to a set of records obtained that was provided to HLC, this is not the first time COD has had credit hour issues.  In the past they have had to adjust credit hour claims by 28,240, which is 10 times larger than the projected loss in the Police Training Academy investigation, which now points to approximately $78,788.00 of funding in question.  (Click here to see concerns raised with the HLC)
If the investigations by the Federal Department of Education conclude credit hours were being manipulated for financial gain to COD, I would say those involved had best get a good defense attorney.

ECWd asks: "At what point will the administrative staff be held accountable?" 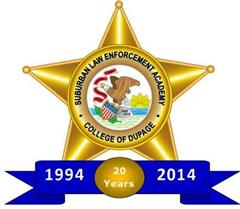