Clark Co. – (ECWd) –
Criminal Class 3 Felony charges have been filed against Clark County Circuit Clerk, Kathy Ramsey, for Official Misconduct/obtain personal gain, and Class 4 Felony charges against her daughter, Summer Shaw, for theft of government property under $500.00. (Kathy Ramsey Judici charges posted)  (Summer Shaw Judici Charges posted)
We are in the process of obtaining all the court filings and mug shots and will update this story as soon as we can.  Currently we have been informed this matter deals with claims that Ms. Ramsey falsified time cards for her daughter’s employment in her office.   We have been told there is video evidence to substantiate the allegations however we have not obtained such footage at this time.
If these allegations are true it is going to make for quite a story as Ms. Ramsey was a board member on the Electoral Board hearing complaints of election fraud, in which she complained that taxpayer money was being wasted in that process before her.  How ironic that she expressed concern for taxpayer money in those hearings yet is now charged with a crime of abusing the taxpayer for personal gain.
Many have alluded to this being a black-eye for Clark County.  I disagree.  This is a proud moment for the County and they should hold their head high knowing that justice on behalf of the people is being upheld.  “Justice for All”, the last three words of the Pledge of Allegiance is quoted at each board meeting and by all indications they are honoring their pledge!
Thank you to all involved in ensuring justice is served in Clark County. Maybe other counties can come visit and get lessons!
UPDATED:  The primary charge on Ramsey was authorizing overtime for her daughter when in fact no overtime was performed.  Nothing like looking out for the tax payer Ms. Ramsey!  (Filed Complaints)
[gview file=”https://edgarcountywatchdogs.com/wp-content/uploads/2015/09/Ramsey-charged.pdf”] 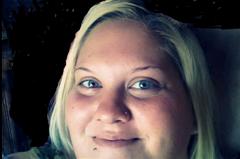