Darien, IL. (ECWd) –
In a June 29, 2015 Press Release (on her campaign page here)(or PDF)  Kim Savage, former College of DuPage Trustee, first talked about the Higher Learning Commission by stating: “Also, in case you missed news reports, the Higher Learning Commission postponed their accreditation visit for today after the Edgar County Watchdogs posted a negative article about one of the peer reviewers.” (read them here)
Savage’s Press Release was designed to talk about the State Board of Elections complaint she filed against the “Clean Slate” Committee for alleged violations of the campaign disclosure rules.
While explaining her reasoning for filing the complaint against Clean Slate, she first delved into the article we published (here) on her alleged electioneering using public funds. In her attempt at justifying her actions, she basically admitted to everything we wrote, and more…
———————

“Coincidentally, the day after the Clean Slate campaign complaint was mailed, I was alerted to a new blog post by one of the organizations that had been reporting on the college prior to the election that alleges impropriety in my own campaign based on an illegally released email thread between the Board’s attorney and myself.”

This is her first admittance of emailing the Board attorney – and to claim the email was illegally released would mean that she knew, or believed, she was emailing the attorney for the public body, as a member of the public body, in her official capacity. If that were the case, then she might have had “attorney-client privilege” – IF she were the client. An individual trustee is not a client of the attorney for the Board (for campaign purposes), and privileged communications can be released by the Board at their discretion.
———————–

“Considering the intense scrutiny the college was under during the same time I was in the middle of an election campaign, I had legal and fiduciary responsibility to avoid compromising the college’s legal position in any statements I made as both a candidate and a sitting board member.  I was also subject to the Board’s ethics ordinance at the time, and anything I released had to be in compliance. Unlike other candidates, sitting members of the board had to ensure that their actions and statements didn’t create any legal ramifications for the college.“

This entire statement is false. What she is attempting to make people believe is that the law required her to consult with, and get approval for, any statements she made as a candidate for office and to further her personal political campaign.
Savage blamed the intense scrutiny, combined with the elections, for her being forced to go thru the board attorney for statements she made in her own personal political campaign. Does anyone else find this completely out of line? Why would a candidate’s comments have any legal ramifications on the college?
Surely she is not insinuating that she considered herself indemnified by the College while participating in campaign work for her personal campaign.
How ironic she actually puts in writing, “I was also subject to the Board’s ethics ordinance at the time“.  A statement that points to her knowledge of the ethics ordinance however her actions clearly violated that policy when she turned to the COD Attorney for advice on how to answer campaign questions.
And this statement, “anything I released had to be in compliance”, leads to yet more questions.  Compliance with what Ms. Savage?  The ethics ordinance says NOTHING about your campaign materials needing to be in compliance.  Please Ms. Savage, oh do tell what compliance you speak of.
————————

“Any suggestion that my campaign materials were prepared by the college’s legal counsel are demonstrably false.”

Of course, nobody made any claims that her “campaign materials” were prepared by the college’s legal counsel. Please note her use of the terms “campaign materials“,  “prepared by“, and “legal counsel” in that statement – as a way to somehow minimize what actually happened. Taking that sentence at face-value, I would agree…if I didn’t know the rest of the story.
————————-

“Exercising my responsibility to the public trust by agreeing to submit materials for review to protect the college actually hampered my campaign by not being able to respond appropriately to what is now being reported as the “exaggerated” and “political” claims of others.”

(Emphasis mine above)
This part leads to more questions:
-What did she agree to, and with whom did she make the agreement?
-Is there a written agreement out there somewhere?
-Will she file a complaint with the State Board of Elections against the College of DuPage for forcing her to submit materials for review prior to using them in her campaign?
-Is she now blaming the College and its attorney for her election smack-down?
-How many “materials” did she submit “for review”?
-Did the College attorney bill the college for this review of campaign materials?
-Did the college pay the invoice for the attorney who reviewed campaign materials?
————————

“These organizations are advancing an old standard in Illinois politics – freely volunteering your time and professional experience to your community exposes you to never ending personal attacks and political smears.”

Savage takes great liberties with the definition of “volunteer” in the above statement, because volunteering, coupled with the state law that tells them they work without compensation, does not mean you can freely feed your face and drink booze on the backs of the taxpayers.  Pointing out the factual illegal expenditures, the face-feeding, and the booze-guzzling is not personal attacks nor political smears.
From the revelations in Savage’s Press Release, it appears there needs to be more Complaints submitted to the Illinois State Board of Elections and to the Illinois Attorney Registration & Disciplinary Commission against Savage, Svoboda, the College employees involved, the College itself, and the Attorney. 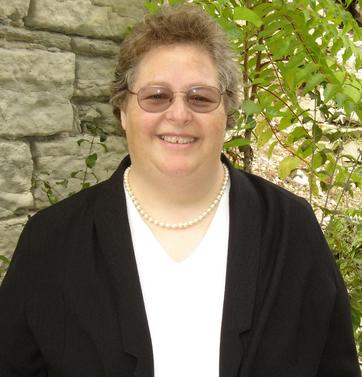