College of DuPage - Former Chairmen Carlin and Birt complicit in the crime?

DuPage Co. - (ECWd)
My first presentation to the College of DuPage Trustees a year ago was to expose the lies told by Erin Birt in her multiple DUI matter and report the criminal activity of use of public funds for personal use by Robert Breuder.
That was the same meeting that Birt refused to allow me the use of the computer screen for my presentation which I was first told had to be loaded onto their laptop to use. Once loaded, I am confident they reviewed it and that is why they refused to allow me the use of the system. (Video proof at the 2:15:35 mark of the video)
I reported Breuder's private use of public funds to the authorities shortly after my presentation as it was clear the past board was ignoring the law and the facts. During those interviews with authorities, it was made clear that Robert Breuder's membership to the Max McGraw Wildlife Foundation was NOT part of his contract.
Supporting evidence has since been obtained that confirmed those benefits that cost the taxpayers thousands of dollars were not reported on his W-2.  Why were they not reported?  Because it was not a benefit in his contract!  (Recent exposure of those facts)
Now, after Joe Moore failed to comply with my FOIA for additional records on this matter and an illegal extension was claimed, I demanded the records be immediately provided.   Tonight I received the evidence I knew existed from our whistleblowers.  Now we have the proof of wrongdoing not only by Breuder but by Former COD Board Chairman Dave Carlin and Erin Birt.
Two months ago I asked a key question to the board, of which I already knew the answer.  "Under what authority can a trustee incur a debt to the college without board approval?"  To date that question has not been answered.  The answer is simple, they can not.  From the Community College Act: "A majority of the members voting on the measure shall determine the outcome thereof."
Since Illinois is in fact a Dillon's Rule state, the board can only have the power granted and in this case, the only way a measure shall be determined is by a majority of the members voting.

A single Board member has no authority to incur a debt without board approval!

Erin Birt has been exceptionally quiet on the matter of Max McGraw and now we know why.  She appears to have been complicit in the use of public funds for private purpose.  Yes, Erin Birt, Former COD Chairman and current trustee signed off on this illegal expenditure and has remained silent for over a year in spite of the matter being raised month after month for the last year.

Documents in hand now prove she signed her name as the person approving this expenditure.  An act in which she has no authority to take without board approval.  According to Board packets during this time frame there is no reference to such an expense being voted on.  If it was not on the agenda nor in the board packet, claiming it was approved by the board holds no water. Do these types of signature approvals take place for other COD expenses or is this a unique situation to help provide cover for Breuder?
Former Chairman Dave Carlin also appears to be complicit in these illegal expenditures with his false claim in a 2012 e-mail that it was part of Breuder's contractual agreement as well as his approval of the expense two years in a row.
As if those actions are not disturbing enough, can anyone explain why this expense was reviewed by the internal auditor Jim Martner?  Note I said reviewed, not approved.  Why would this key expenditure face the scrutiny of an internal auditor?  Does every expense get such a review at COD or only this one for Breuder?
Fact of the matter is this.  Breuder used public funds for private purpose and Dave Carlin and Erin Birt were complicit in allowing that to happen by taking action they had no authority to take.  Glaser and or Sypata may also be a party to this as the coding in Imprest did not point to a personal benefit or expense reimbursement.
Note that Glaser signed off for the approval of a HAND CUT check for the 2012 membership.  Why did this need to be a hand cut check?  Did the board see hand cut checks?
Erin Birt is an attorney and should be held accountable to the law just like anyone else.  Her and Carlin violated it by approving a debt to COD without legal authority.
Ms. Birt should tender her resignation immediately and join Dave Carlin in self reporting to the authorities as it relates to their involvement in the violation of Article VIII Section 1 of our State Constitution which states "Public funds, property or credit shall be used only for public purposes".

Violation of Article VIII Section one constitutes Official Misconduct which is a criminal felony.  Is it any wonder criminal lawyers are being hired by some of these folks?

See for yourself how Erin Birt and Dave Carlin appear to be complicit in this illegal expenditure.
[gview file="https://edgarcountywatchdogs.com/wp-content/uploads/2015/07/103-McGraw-Documents.pdf" save="1"] 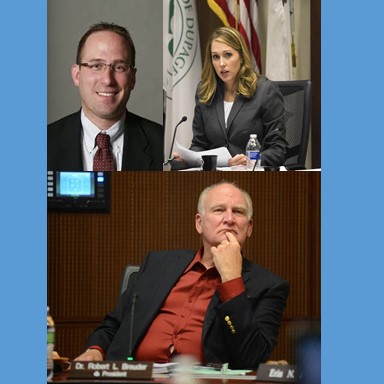