Reboot Illinois ran a piece today regarding the Governors directive to his state agencies as it pertains to lobbyists.

“The agency directors received an order from the Rauner administration last Wednesday demanding that they and their staffs not meet or talk with any lobbyists unless the governor’s Policy Office had first OK’d the communications. The directors were also told to inform agency “stakeholders” that they didn’t really need to hire lobbyists anyway. (Click here for Reboot Article)

I would urge whoever is advising the Governor to speak with Representative Dwight Kay and then look up the law as it relates to state agencies and lobbyists.

During an appropriations hearing for the Illinois State Police Merit Board Representative Kay was lied to regarding the agencies hiring of a lobbyist with a claim that although the person is a registered lobbyist they were hired for legal work.  I guess they forgot that was the Attorney General’s job.  The contract, and the people behind it play games with words as we all know they are lobbying, but the no bid contract names that person as a consultant.

The point is, telling them to not talk to lobbyists does no good because they simply claim they are speaking as consultants, not lobbyists.  If they can get away with playing the Clinton define “is” game with State Representatives in hearings, what makes anyone think a directive from the Governor is going to be any different.

More disturbing is the simple fact the statute on lobbyists forbids them from accepting funds from a State Agency.

In spite of the law, we have State Agencies using your tax dollars to pay for lobbyists.  So if they are going to do it, even when a law is in place forbidding it, then what on earth makes them think a directive from the Governor is going to change anything?

May I suggest you prosecute the lobbyists for accepting compensation from State Agencies in direct violation of the Act?

Take action against those state agencies who violated the law by spending money on matters in which they have no legislative authority.

That will send a message! 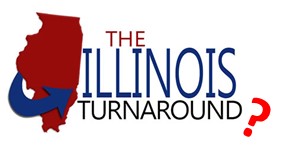