It has been reported by residents that InvEnergy appears to be dismantling (for repairs) a Champaign County wind turbine which was constructed in 2012.  The huge crane which has been assembled on site looks to be capable of removing blades, hub, and nacelle.  This wind turbine has had some sort of major mechanical failure because it has not operated in several months.  It is a GE 1.6mW wind turbine which is just under 500 feet tall with 150′ long blades.  The hub height is approximately 350 feet.  This is the 5th turbine in InvEnergy’s CalRidge Wind Farm having major repairs which required dis-assembly.  The previous 4 turbines required new blades.

InvEnergy’s GE wind turbines have been the source of complaints across the United States.  The nighttime noise produced by these machines have led to at least one home abandonment in Vermilion County.  Other issues have included power outage warning light failure where InvEnergy failed to notify the FAA to warn pilots of unsafe conditions back in the fall of 2013.

Vermilion County Assistant State’s Attorney Bill Donahue said he was not going to enforce the $1000 per turbine financial penalty because he does not have the power to regulate wind farms because Vermilion County does not have zoning.  He said it was up to the FAA to handle warning light outages.

However, the Vermilion County wind turbine ordinance clearly outlines the lighting requirement and financial penalty.  (This is another example where a county attorney turns a blind eye to the law depending on who the offender may be.). This is a serious offense because of the situation in Livingston County, Illinois, where a LifeFlight helicopter was unable to extract a car accident victim because of the presence of wind turbines in the area. 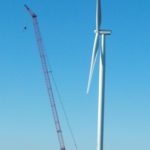 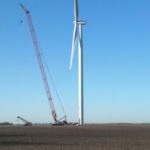 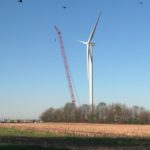