Dave Carlin, former Chairman of the COD Board of Trustees is once again asking for your vote to get back on the COD Board.

Let’s take a look at a case of forgery that took place under the leadership of Dave Carlin as a means of helping everyone understand why he has no place in a position of trust with taxpayer funds.

Carlin admitted to the Daily Herald that COD had paid Breuder’s legal bills during contract talks.  As if taxpayers paying for Breuder’s own private legal bill in his own contract negotiation is not bad enough, let’s expose the real meat and potatoes of the event in which neither Carlin nor any other board member paid attention to!

Breuder’s Reimbursement Expense Summary outlines a payment of $1,173.00 and is described as “other contractual services”.   The transaction date is 6/29/2011.  Dave Carlin was the chairman of COD when this transaction was recorded and paid. (Click here for the document and note highlighted section or see below)

What “other contractual services” does Robert Breuder have at COD?  Clearly no one, including Carlin asked that question.  I did!

COD Response: “The college did not locate any records in our files that are responsive to your request.” (Click here for the FOIA response from COD)

Note that response compared to ALL the other responses that produced no records which has been, “The college does not have any responsive document to your request.”

Is the language in this response an attempt to provide cover for Breuder with his false reimbursement summary?  You see they are not saying the college does not have any responsive documents.  No!  Now they are simply saying they did not locate any records in their files which is quite different from saying they don’t have any.

I made a reference to forgery.  Let’s first look at the applicable portion of the statutory language of forgery and then apply it accordingly.

(720 ILCS 5/17-3) (from Ch. 38, par. 17-3)
Sec. 17-3. Forgery.
(a) A person commits forgery when, with intent to defraud, he or she knowingly:
(1) makes a false document or alters any document to make it false and that document is apparently capable of defrauding another; or
(2) issues or delivers such document knowing it to have been thus made or altered; or
(3) possesses, with intent to issue or deliver, any such document

(c-5) For purposes of this Section, “false document” or “document that is false” includes, but is not limited to, a document whose contents are false in some material way, or that purports to have been made by another or at another time, or with different provisions, or by authority of one who did not give such authority.

Now the question is, WHO made the Breuder Expense Reimbursement Summary Document?  It is clear that Breuder does not have “Other Contractual Services” with COD even though slick language was used this time by claiming they can’t locate any records.

Under what authority would COD be able to pay for Breuders private attorney? There is nothing in his contract that authorizes it, so was this so called “other contractual services” a way to disguise an otherwise improper expenditure as a legal one?

By claiming in the description of his Expense Summary that the reimbursement is for “other contractual services” when the fact of the matter is there were no other contractual obligations, it points to one position.  The document contains false information that was capable in defrauding not only the Board of Trustees but the taxpayer.  That false information makes the document a false document under section c-5 of the forgery statute.

Now the question for law enforcement, is who generated that document that added $1,173.00 into Breuders expense reimbursements that was not for any contractual services like it claims? 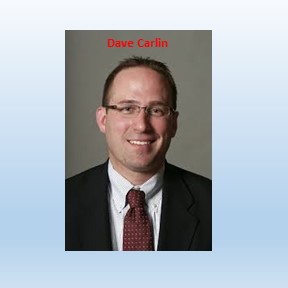