We have been working on numerous municipal issues in and around DuPage County for the last 12 months.  One of those has been collecting data as it pertains to any arrears of a debt that elected office holders may have.  When that happens, the person is no longer qualified for office.

Naperville was the first DuPage County municipality we went to and asked them to comply with the law.  They snubbed their nose at the law and did nothing in spite of multiple violations.  (Link to that article here)

Wednesday evening we went to the Village of Clarendon Hills and gave basically the exact presentation that we gave in Naperville.  Prior research turned up documents that outlined two of those village board members had been in arrears to the village, thus making them unqualified for office under the municipal code. Additionally, if in arrears at the time an election petition packet is submitted, a candidate can risk not being allowed to take the oath of office even if they win the election.

Turns out that trip was worth it in many respects.  Ed Reid, a village trustee and apparently a candidate who was running for Village President has withdrawn from the race and stated that he is going to resign his seat on the village board.

I would like to commend Mr. Reid for doing the right thing.  He has set the example of how our laws are supposed to work and he should be praised for that.  His actions are the example for those in Naperville who snubbed their nose at the law and refused to follow it.  Reid has truly set the example for every other municipal office holder who is in arrears to there municipality to follow.  Our hat’s off to him!  Its a welcome site in today society to see public officials so willing to do the right thing.

As clarification on why we were in Clarendon Hills, it had nothing to do with any group or political cause.  We were there to share the same thing we shared in Naperville a few months ago.  We have many more villages to speak to and as time permits we will complete a project that has taken almost a year to put together.  North Henderson was one of first communities who had a trustee resign for basically the same thing back in August. (Click here for North Henderson article).

I wanted to clarify that because of comments found in the article published today in the “The Doings” publication.  (Click here for their story on our visit) Please note when listening to the audio, we did not mention the names of those in arrears when we spoke at their meeting as “The Doings” stated we did.

Listen to the audio of the Clarenden Hills public comment session at this meeting: 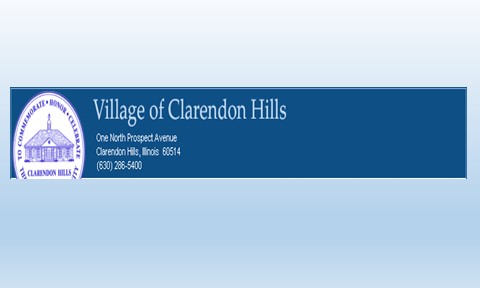