Monday morning was yet another county board study session, however, this one actually had a very productive discussion with lots of solutions suggested as it relates to the current problems with our county 911 system, contrary to today’s reporting by the Prairie Press.

They titled the story “911 dilemma drags on”.  I totally agree with the title but the reporting simply fails to expose the truth of the matter yet again.

So there is no confusion, there are and have been some great dispatchers who take their job serious and go above and beyond.  Sadly though, one bad apple can give the impression that they are all bad and I assure you that is not the case in Edgar County.  By all indications the problems that some are making an issue over are no different than those I raised over 4 years ago.

May of 2011 Eastern Illinois News team did a story on the problems I and others had uncovered dating back to 2009.  They covered those problems in this news cast – EIU News on Edgar County 911.

What many don’t realize, it was Nannette Crippes who played a key role that laid the foundation for the beginnings of the Edgar County Watchdogs.  When public officials lie to cover up their actions they must be held accountable.  The events that lead up to the EIU news story began during the term of the former Sheriff Tim Crippes, who at that time was dating Nannette, the 911 Coordinator.

I took my concerns with dispatcher issues to the former Sheriff and was told Nanette is in charge of them talk to her.  I did and little got fixed.  When I went to my first 911 board meeting to address the problem again, which was after the last election, the story changed!  We went from Nanette is in charge of the 911 dispatchers, to it’s not my problem, you need to talk to the new Sheriff.

That was the day when the lies began.  Lies that dispatchers were certified when in fact the very 911 minutes proved Nannette knew they were not and even made a decision to have the infamous Dee Burgin civil rights violator, train them in house, which we all know is not compliant with state law.

Dispatchers who dispatch medical calls are required to be Emergency Dispatch certified by the Illinois Department of Public Health.  Nannette and the 911 board allowed that to lapse for as long as 6 years.  Once exposed the new Sheriff immediately took care of getting that problem fixed.

During Monday’s study session the current 911 Board Chairman, Troy Eads, agreed with my comments that there are 911 board members who need to be removed because they simply are not doing their job, which is over-site of the system to ensure the current problems don’t continue without accountability.  Sadly Mr. Eads failed to acknowledge which board member he feels should be removed nor have we seen any requests from him to the county board for such removals.

My suggestion, every one of them that sat on the board during all the illegal activities by Nannette Crippes as well as those who allowed the dispatchers to perform their jobs without the proper certifications be removed!  Those would be Merl Clark, Cindy Belt, Dave McCrocklin and Troy Eads.  All played a role in allowing Nannette to simply get away with a laundry list of wrongdoing.

The problem is simple to fix with leadership.  It’s clear and the records support the fact the majority of this 911 board has no clue what leadership is.  They have allowed the employee to determine what will or won’t be done instead of telling her the way it’s going to be.

The paper reported that Clark and Belt stated Nannette has no authority to train or supervise Motley’s employees.  These two board members are the root of the problem!  If what they claim is true then they are to blame because they have been on the 911 board since inception and have allowed all this to happen!  They should be removed for neglect of duty, which can be done by law and they don’t have to be convicted of a crime to do it!

The original resolution that created our county 911 outlines that the Coordinator reports to the Sheriff!  Even Karl Farhnam has acknowledged that when he was the sheriff he turned over supervision of the dispatchers, little by little to Nannette.  We know that once Tim Crippes became Sheriff  he turned over ALL supervision to Nanette.  When Motley beat the past sheriff in the election, Nannette’s boyfriend at the time, she basically refused to cooperate or do what was required and the 911 board allowed her to have her way.

The county resolution outlines that she is supposed to work for the Sheriff.  If she refuses to follow the resolution then she should be fired.

The 911 board needs to do their job and establish required protocols for all emergency dispatching.  They also need to re-establish that the Coordinator works for the Sheriff as outlined by County Ordinance and if she doesn’t like it, find another job!

Sadly, the paper didn’t report a single thing I mentioned during the meeting so one can only wonder what agenda they really have in this.  The history is clear and the problems we are seeing with 911 today are no different than those that I exposed over 4 years ago and several board members acknowledged that fact!

Same people, same problems, but now they want to use their failures as a means to imply the current Sheriff is the problem, which all of us in the Emergency Service know is not the case.

The current 911 board members are where the buck stops. It is their job to ensure training is compliant, protocols are established and followed. It is their job to tell whoever the coordinator is, the county ordinance outlines you are supervised by the Sheriff, regardless who that sheriff is and if you don’t like it, find a new job!

For those that think turning over dispatch control, which includes more than just 911 calls, to the current 911 board is a good idea I can only say it would be a huge mistake considering the failures of these people over the last 10 years.

The problem is leadership, or in this case, lack of it.  When there is a verbalized refusal to hold people accountable for their actions those people need to be removed from public service!

Established protocols and consequences for failing to follow them is what is needed and it will fix the problem if, and only if, the people in charge have the courage to fire their neighbor when they fail to do their job as outlined.

Sadly, this is the same message I delivered for months over 4 years ago and here we are today with the same problem! 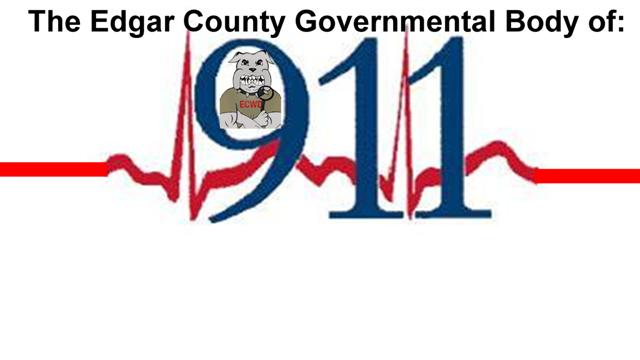