People have been asking what the more than $27,000 billed to the citizens of Marshall went for. This was authorized entirely by Mayor Sanders without any input from the city council. There was also a “cease and desist” letter delivered, and I will write about that when I get a copy of it.

One item this frivolous spending went towards was a “revised employee policy”. So keep in mind that an employee policy only applies to employees and elected officials are not employees. I am beginning to wonder if this was ever presented to the employee union prior to being placed on the agenda for a vote – unless maybe they were involved in its production outside of standard union negotiation practices…there is nothing like changing contract provisions without approval.

Jill Leka, of Clark Baird and Smith, entered into an agreement with Mayor Camie Sander to engage in a witch hunt for anything they could drag up, even several years later, in an effort to silence a critic that spoke up against back-dating approval for an illegal pay raise received by female office workers in city hall. Finding nothing they could pin on anyone, this revised policy was produced so they could at least have something resembling a product to present as justification for the witch hunt.

Here are some of the provisions of this new policy, which is riddled with so many unconstitutional provisions it will surely never stand up in a Court of law. But, maybe it is designed to fail, with its only purpose to intimidate people into submission – I hope they got a money back guarantee for when it does fail.

-First and foremost, this policy attempts to chill the First Amendment Right of freedom of speech, and is designed to aid the union employees in avoiding contact with anyone they might disagree with.

Any employee, former employee, supervisor, elected or appointed official, vendor, contractor, guest, or other visitor of the city who displays a tendency to engage in violent, abusive, or threatening behavior, or who otherwise engages in behavior that the city in its sole discretion, deems offensive or inappropriate may be sanctioned, barred from city property, disciplined up to and including termination of employment, or otherwise appropriately admonished.

They give no definitions of how they will determine someone has the “tendency” for this behavior. This obviously takes union grievance rights from union employees because the city, “at its sole discretion“, can determine a violation and punishment. They never defined “offensive or inappropriate” behavior – does this mean a person can be offended by Christmas decorations? Are they attempting to limit public comments during public meetings?

Lists criteria for defining something as “bullying conduct” but doesn’t state if all three must apply, or each one individually meets the definition.

Here are some examples this policy lists as bullying:

But once again, this policy only applies to employees, so elected officials can do nothing but accept the bullying by the mayor. 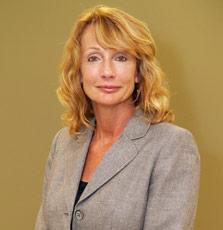