ARCOLA, IL. (ECWd) -
In yet another disgusting display of public mockery of the Freedom Of Information Act and of the Public Access Counselor’s Office, the Township of Arcola has determined they don't need to respond to Freedom Of Information Act ("FOIA") requests from the public.
The Illinois Attorney General has failed to act on the previous denials, so why wouldn't the township keep denying them. There has been absolutely no recourse for citizens trying to gain their right to access public records of this particular public body.
The residents of Arcola Township need to contact their trustees and township clerk and tell them this is unacceptable. The denials from last year have costs the township residents an estimate of over $12,000 so far (that's TWELVE THOUSAND DOLLARS), trying to keep credit card statements from the public. That lawsuit is not finished yet, so the price tag keeps climbing. I estimate by the time it is over, the Trustees and William Coombe will have cost the taxpayers well over $15,000 - just to have to produce the records anyway. That is the law.
This latest batch of denials will probably result in the filing of four separate FOIA civil suits against the Township. If they go the same way the current suit is going, the price tag will certainly exceed $75,000 by the end of this year. All on your backs, because the Township officials know they are spending your money, not theirs.
I know, they will try to blame the requesters, but the law is on the side of producing the requested public records. It's not a hard thing to do unless you are trying to hide wrong-doing.
Ultimately you, the taxpayer, are paying the price for your elected official's flagrant violations of the law.
The most recent FOIA request for review was sent to the Illinois Attorney General's Public Access Counselor this morning and can be viewed below.
[gview file="https://edgarcountywatchdogs.com/wp-content/uploads/2014/05/Arcola-Township-FOIA-Denial-5-5-2014.pdf" save="1"] 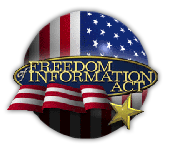