SPRINGFIELD, IL. (ECWd) –
With a motion filed to limit Governor Quinn and his successors from what is known as “clout” hiring, is anyone really surprised that it goes on at all? Seriously, is anyone surprised that the Governor has been accused of political hiring to high paying jobs within Illinois Department of Transportation? (Click here for the Better Government’s coverage)
For years I have heard the horror stories from locals with claims that they can never get a job with IDOT unless they either vote Democrat or are connected with those controlling the hiring.
And for years I ignored most of those comments because I didn’t really think such a thing could happen with a state employment application.

Boy was I wrong!

Both my attitude and belief changed when I started seeing how truly corrupted our public employment practices had become.  People lose an election and the next thing you know they have a state job.  I had heard numerous conversations about local hiring practice by state agencies and what it takes to get employed, and just about every time the person’s primary voting record is established as the key.

Has our society crumbled to a point now where even at the local level your employment has nothing to do with your qualifications or work ethic?  Sadly, I think the answer is yes.

Self proclaimed leaders in small communities have been allowed to get away with so much self serving that they now run the show, and if you want a seat at the table it’s all about what you can do for them or their cronies.  We all know it, but because many need a pay check no one wants to fix it.

Fix it we must!

The day of the primary I spoke with a HIGHLY QUALIFIED individual who was trying to get hired by a State Agency.  A veteran who served our country in a combat zone and was willing to defend our system of government with his life.  His complaint?

What the hell does my voting record have to do with my qualifications for employment?  Is that even legal?

No sir, it’s not legal, yet it happens because so many are willing to stay quiet because speaking out would directly effect their pocket book.    You see it takes sacrifice to fix things and more often than not that sacrifice comes in the form of an impact on our pocket book, so we find that few have the courage to do what’s right when it comes to defending the rights of others.

I am not at liberty to use this persons name, but the string of text messages clearly points to how things are at the local level in the State of Illinois as it relates to state employment.

To set the stage for better understanding please note that based on initial interviews and inside information provided, the person applying for the job had, by far, more qualifications and experience than any other applicant and in some cases more than those doing the hiring, yet he was not and probably will not get hired because of one thing, his voting record!

I will use a “V” to represent the Victim’s comments and an “H” for the person trying to help this person get a job!  The names of those involved have been replaced with “XXXX” in an effort to protect those involved.
H: Did you get a copy of voting card?
V: Not Yet. Had to work til 4 Friday. I should get it Monday.
H: Could you make a couple copies of it when I get it?
V: Yes.
V. Any word from XXXX about the state job?
H: No, he probably not going to do anything with that “R” on voting records.  Sorry it’s politics.  Not when there are Democrats wanting job.
H: He won’t do anything till sees voting record.  That “R” takes away anything I could do to help.
V: Do you know where he lives?
H: Yes
H:  He told me can’t do anything if “R” on voting record
V: I’m thinking about running out there and talking to him.  Do you think that will help?
H: No. He will be polite but no.
H: Did you pull a democrat ballot this past election?
V: You told me he couldn’t do anything with the “R” on my record.  I voted “R” again so I wouldn’t get a “D” held against me if we get a new governor.
H: Nothing it would have been hard to do anything.  If you had, would have talked to “XXXX” again.
V: If he would have talked to me in the first place I would have went with the “D”…and ran against “XXXX” or ran for precinct committeemen for “XXXX” township.
Several things jump out at me in this string of communications but I think the worst is the person’s belief that had he voted Democrat it would have also impacted his employment chances if we end up with a Republican governor.  So in short, if you want employed under a Democrat or Republican governor then you better vote accordingly.
The other concern is how nonchalant the person helping him is about this whole process.  It appears to be clear that state employment has nothing to do with what you can provide with being employed but more important with what you can provide politically, as in your voting record.
That action is illegal and violates the most basic principals of right and wrong.  We have become so willing to keep our mouth shut for our own benefit that our silence has sent a louder message to the self proclaimed leaders, which is a message that they can do what they want because the people are all fast asleep counting sheep.

Wake the hell up!

If you know of this kind of activity in your workplace then report it to us.  It must be exposed and those people must be held accountable.  We WILL cover it, unlike many of the so called main stream media who are simply looking to fill a 30 second soundbite or a newspaper who only has one concern, sell papers!

Stand up people, the time is now! 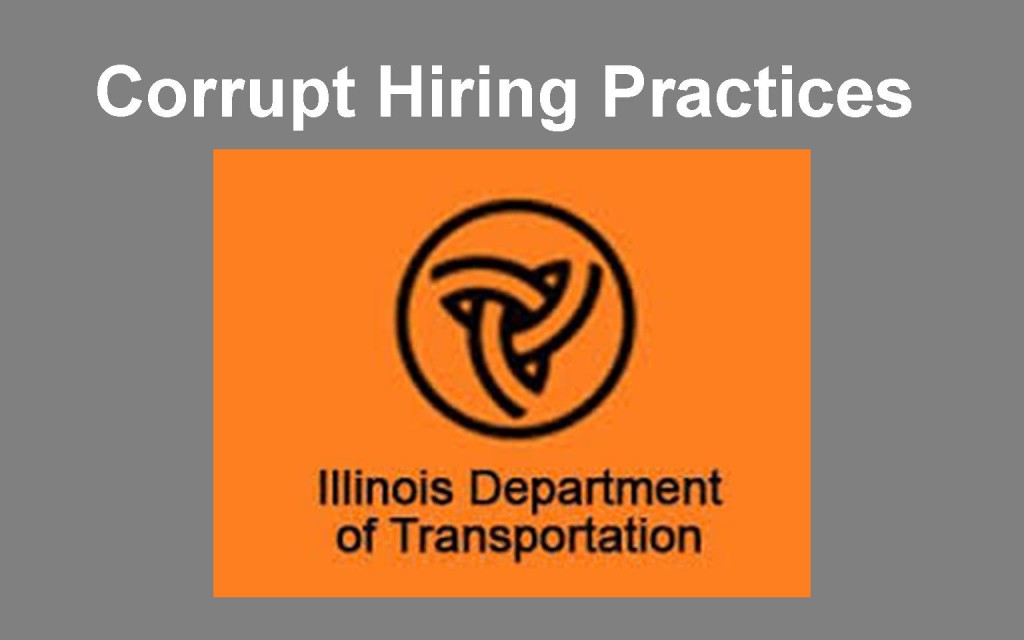