Isn’t it interesting that after attorneys for Randy Steidl had an open letter to Gov. Quinn published recently requesting a pardon, the same people who worked for defense against Steidl, dusted off this old story?

Dan Curry and John Pearman have also embarked on a new paid campaign to put what they consider “the truth” out there, if you want to see it, use google, as I will not further their agenda by posting it here.

A piece written on November 1, 2013, by David Protess is here. Some of the comments on that article are worth reading…

**John Pearman works (or has worked) out of Craig Smith’s Law Office (Asher, and Smith…formerly Asher, Smith, and Isaf) in Paris, Illinois and was instrumental in the Yes2PCHS campaign that got the question on the ballot where the voters in Districts 4 and 95 voted to approve bonds for the construction of a new high school. I also worked on that project in the making of the video for Yes2PCHS. 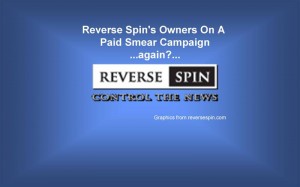