Early this morning, there was a wind turbine failure at the California Ridge Wind Farm just north of Oakwood, Illinois near the Newtown Middle School location.

What we do know at this time is that blade debris was thrown an unknown distance from the turbine, and residents described the incident as "sounded like loud thunder" and "sounded like two trains crashing". Witnesses also state that the incident shook their whole house, somewhat similar to an earthquake.

InvEnergy workers are on site and have cleaned the debris from the surrounding field, dragging it up to the base of the turbine.

A few days ago during the power outage on November 18, 2013 caused by strong storms, InvEnergy did not have had a plan for lighting the tower safety warning lights (not lit or flashing during power outages), or that plan miserably failed this time.  The warning lights were inoperative from 5 PM till 9 PM.

This power outage and subsequent failure of the warning light system could have resulted in airplanes not seeing the turbines and crashing in to them. Thankfully that did not happen, but it is a subject that needs to be immediately addressed. 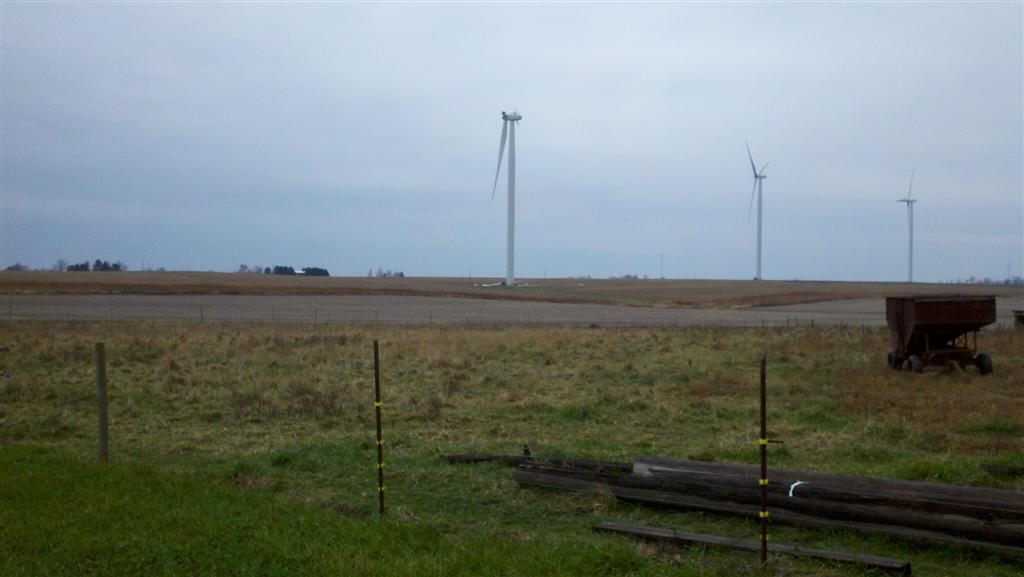 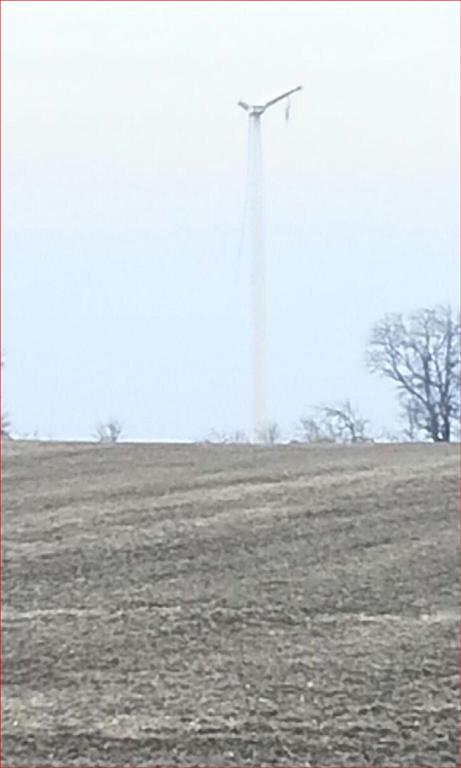 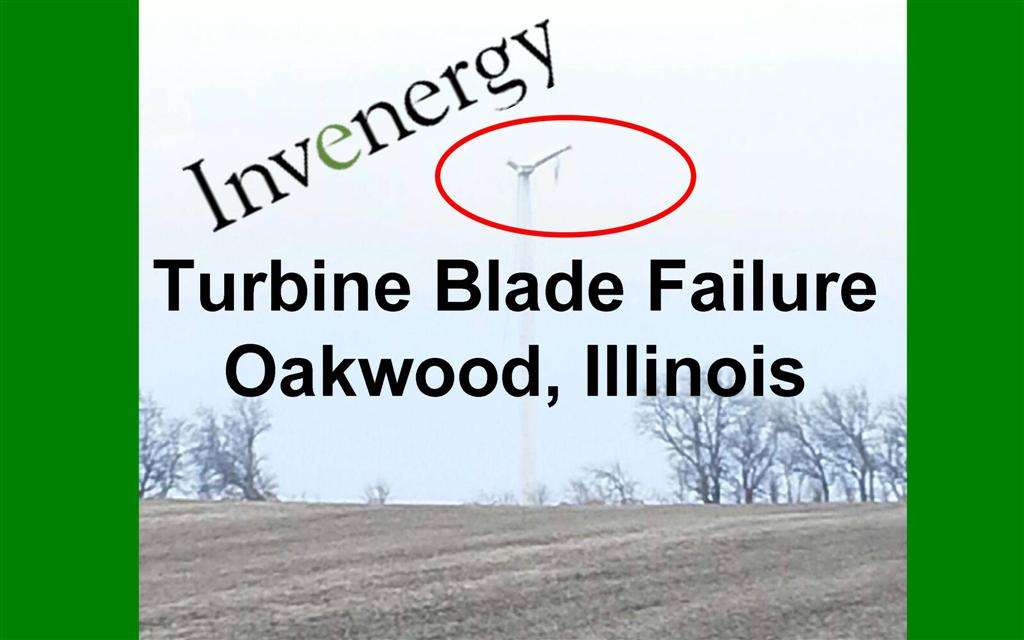