The Albion, IL. City Council met to take action in hiring an attorney to look into the contract for construction of the new fire station.

It appears the issue with the contracct is that the City Council never approved to allow the (former) Mayor Ryan Hallam to sign it. The council did approve a bid of a little over $562,000, but after that the Fire Chief, along with a couple other people, made some changes to the plans without seeking permission from the city council. This increased the cost by over $60,000. The former mayor signed the contract without appoval and then resigned his office at the February meeting.

Fire Chief Kent Nale, thinking he doesn't have to answer to anyone, has repeatedly denied and delayed FOIA requests and has basically refused to answer any questions asked of him by the city council.

So in a final childish move, the former mayor (the one that illegally signed the construction contract) read a resignation letter signed by 20 city fireman. The city council has a meeting this Wed. evening to appoint a new fire chief, hire legal council to review the contract, and to take steps to secure the current fire station.

Audio of the reading of the resignation letter here. 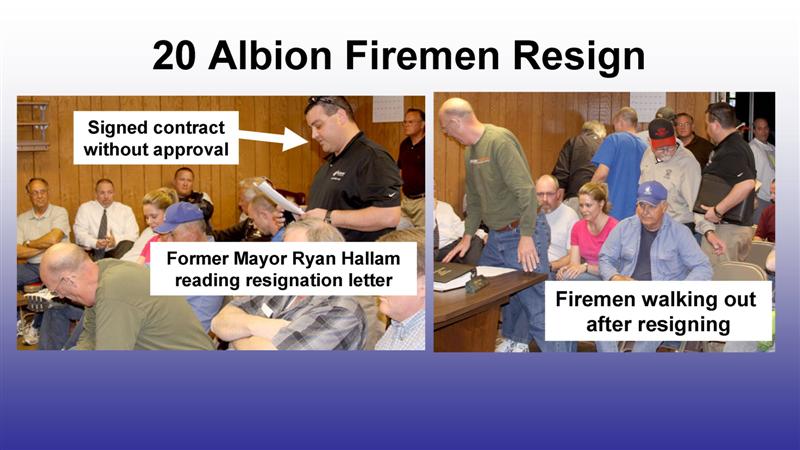