In a standing room only, with concerned citizens packing the hallway in both directions, meeting of the Airport Advisory Board – County Board Representatives was going pretty good at first. There were a few public comments and Ben Jenness, a county board member, decided he was limiting public comments to 5 minutes – an act he was not legally empowered to do since there were no published rules for public comment of this advisory board. Mike Heltsley obviously did not want public comments either (10:30 in the audio), as he was the first one to mention disbanding the meeting and going home – typical of a person that can’t think for himself.

After public comments, business continued with Adonna Bennett, the illegally appointed, crony of Chris Patrick, Airport Advisory Board member, attempted to stifle productive discussions (23:03 in the audio of the meeting) while her only job was to keep quiet and take notes. We don’t know why Ben Jenness picked her to take notes, unless it was because she was the only woman present at the table.

Discussion went on for a while longer and then she attempted to stifle productive conversations again(25:31 mark in the audio), at the signal of Chris Patrick, only this time she stated that she was going to remove the public from the room – an act she was not empowered to do! Who does she think she is threatening the public, at a public meeting, while she was not a member of the public body holding the meeting. Good going Chris, you finally have proven, by your attendance at this meeting, what all of us were suspicious of – that Adonna Bennett was appointed as a crony of yours to continue your agenda of disrupting the operations of a legally operating business. (Complete audio of the meeting here)

Then, to finish the evening off, Chris and all of his cronies (what few there were) from the meeting went out for a few drinks (picture below) to presumably further discuss what went on at that meeting. In attendance were: Chris Patrick, Ben Jenness, Mike Heltsley, Adonna Bennett, and Jimmy Wells with 3 of those present being county board members and constituting a majority of a quorum of the Edgar County Board. If ANY public business was discussed at the bar, it was an illegal meeting of the Edgar County Board.

Final result of the meeting? – Nothing was accomplished and there is an obvious attempt at stalling the approval of this lease. 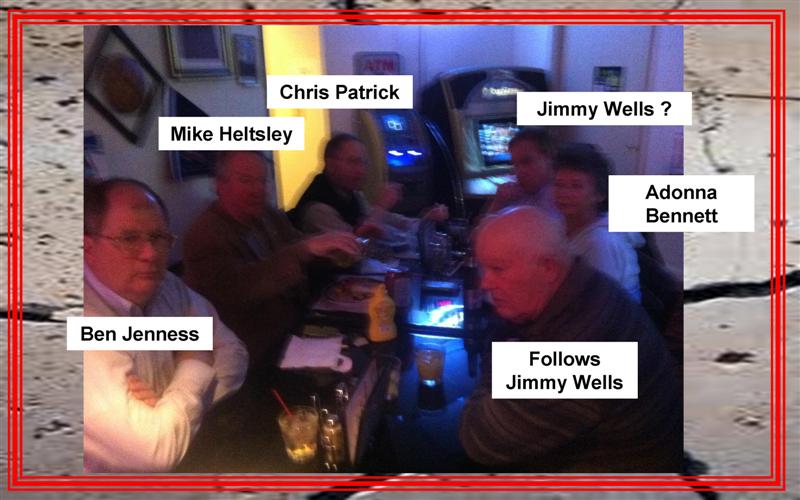 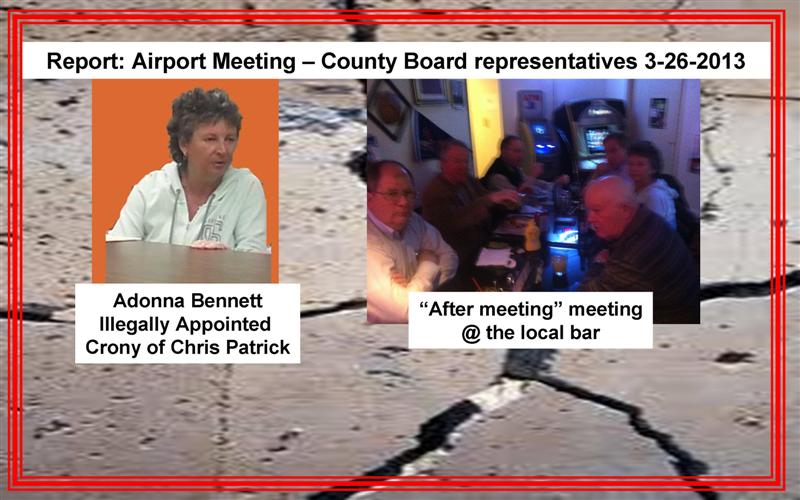