Its becoming ever so clear that Chris Patrick knows quite well what he is doing and I am here to assure you, we will not let him get away with the manipulation of our laws nor will we sit idle while he profits on our backs while holding office.  Something that he has clearly already done and should be held accountable for!

This is the First Recusal Letter  Chris Patrick provided to the State of Illinois and he quickly violated it and was caught by IDOT.  I covered that in this article.  Can we assume that since he had no problem violating that signed recusal he would do the same with yet another?

The bigger question, why now a second recusal letter?  Why has he not been charged with the violation of our laws?

This  New Recusal Letter is dated January 28th, 2013.  Just 3 days after the state sent this letter.

So what is the word game in these recusal letters from Patrick?  Key words in those documents have a very specific legal meaning and with Craig Smith representing Mr. Patrick it only makes sense to look at the dots on the I’s and the cross on the T’s!

Notice in the letter from the state they state Mr. Patrick can’t participate in any discussion of any federal and/or state funded county or township highway improvement in which he would have a direct or indirect financial or other personal interest in the improvement.

What is the key word in that paragraph when you compare it to his first and second recusal letter?

That is the word used from the state yet in what appears to be a slick effort to claim he didn’t do anything wrong Mr. Patrick used the word financed.  The projects at the county level are NOT FINANCED!  They are funded with state and federal money.  Being financed has a specific meaning and is quite different than a project being funded!  A project that is Financed is one that takes special measures to secure the money with terms established to pay it back!

He could take the legal position he did not participate in any project financed with state or federal money and be telling the truth.  That gives him the BS position that he didn’t “knowingly” break the law.

More disturbing are key items missing from his recusal letter.  There is no mention of recusal from discussions.   He also specifically mentions aeronautical projects, highway or local road, or maintenance contract but makes NO mention of intergovernmental agreement projects such as District 95 School project which has concrete bid openings this week!

The second paragraph of the most recent recusal is probably the most interesting word game of all.  He claims he will not COMPETE for work on the project.

Will not Compete is not going to work Chris Patrick!

If a local contractor gets the contract they are going to buy cement from Zimmerly and he would not be “Competing” for the project yet he would still supply material and any vote to approve payments to the contractor has an indirect financial interest for himself and violates the law!

Or better yet, what about all those projects where there is no competition for the project?  What Chris Patrick needs to learn is to accept the law as its clear and his actions have been in conflict of those laws as pointed out by IDOT.

Will not compete for “the” project?  What is THE project Chris?  Yet another ploy at word manipulation?

Why the refusal to state in his recusal exactly what we pointed out in the beginning, which was you Will Not provide materials?  Providing is quite different than competing!

Using Chris Patrick logic he can supply material and claim he didn’t violate his recusal letter because he didn’t compete for the work.  Word Games is what lawyers do and its clear Chris Patrick has been trained by some of the slickest in the business.  The recusal letter does not exempt him from the legal application of the law!

Again, why now a new recusal letter?  Don’t be fooled by the wording people!  His actions have already established a Conflict of Interest and he should be out of office and/or charged for breaking the law in my opinion, which appears from the numbers is supported by THOUSANDS of local people in Edgar County!

As if this is not enough, just wait until I have all the records on his Airport property that he supposedly sold to the state all while sitting as the Chairman of the Airport Board and with firsthand knowledge of the long term plans for the airport!

We the People are standing up and demand justice! 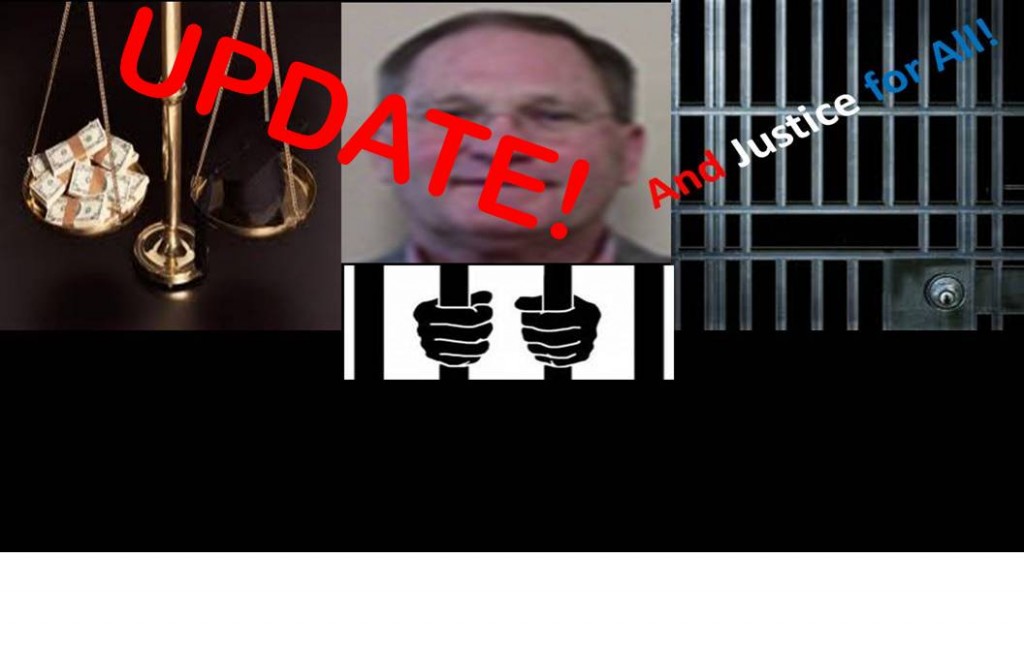