Although non-specific concepts of madness have been around for several thousand years, the psychiatrist and philosopher Karl Jaspers was the first to define the three main criteria for a belief to be considered delusional in his 1913 book General Psychopathology. These criteria are:

Furthermore, when a false belief involves a value judgment, it is only considered as a delusion if it is so extreme that it cannot be or ever can be proven true (example: a man claims that he flew into the sun and flew back home. This would be considered a delusion). (source)

I reference the definition because I think when anyone with any sense at all looks at the accusation made, the response given to the accusation, then the document proving the response was patently untrue it leads to the question, is the County Board Chairman delusional?

Lets look at the three key points regarding delusion and see if it the shoe fits Mr. Keller, our County Board Chairman.

Seriously folks, am I going nuts or do these people have no clue what the hell they are doing and saying?

The document is signed by both Jim Keller and Duane Fidler and it gives the equipment purchased with the grant money to none other than Dee Burgin’s private ambulance service.

So the truth is Jim Keller gave away county assets with ZERO approval from the board and in fact nothing in the minutes from the county board even make any reference to him being authorized to sign this document giving equipment away!

More importantly, if we are to believe his own words that the county NEVER owned the equipment, can someone please explain how he could give something away if the county never owned it?  Although giving away the ambulance while owning it never bothered anyone, so I guess the behavior would be considered normal by a few of these people.

Delusional is the only word I can come up with to explain this but we are open for suggestions! 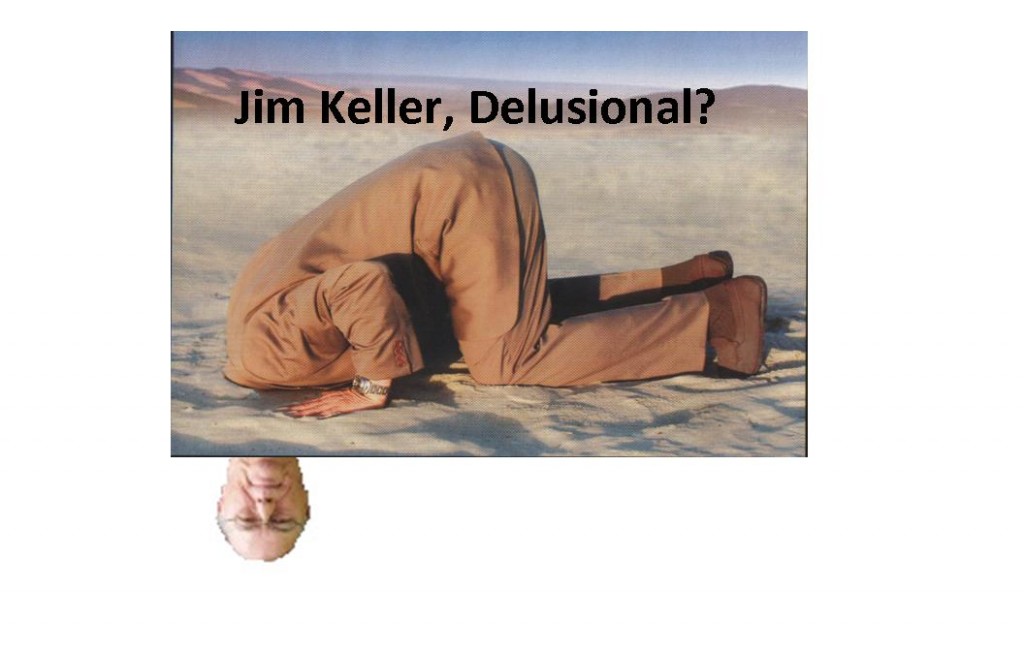