Cole Lewis, one of the “Kansas 6”, has entered a plea of Guilty in a Class 4 felony of Aggravated Battery with Great Bodily Harm.

This was a negotiated deal, the two Class 1 felonies of Home Invasion and Residential Burglary were not pursued.

He was sentenced to a $500 fine plus court costs, restitution in the amount of $3821 (joint and several with 5 codefendants), 40 hours of community service, 2 years probation, 90 days in jail (no time served, no good time credit), testimony, and bond forfeiture (to pay for DNA, court fees, probation fees, and restitution).

The other 5 have court dates as follows: 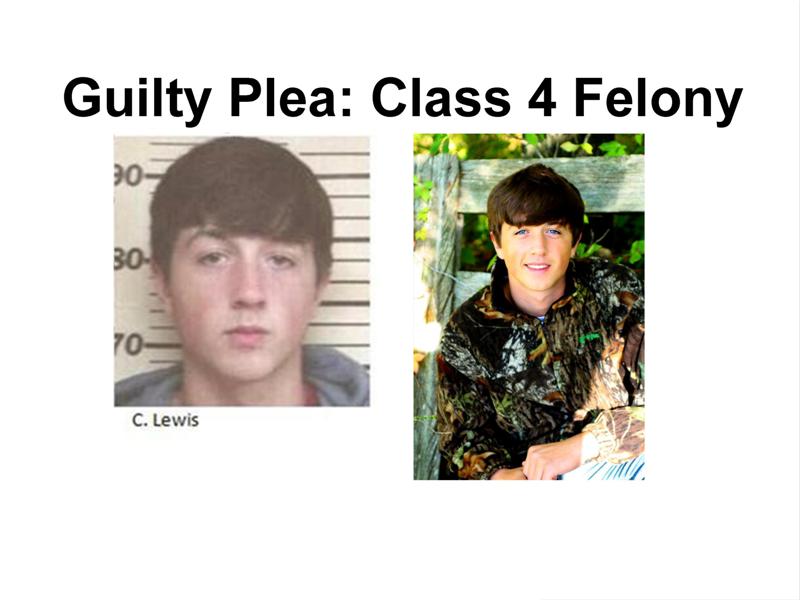