You may recall we did several stories on Revenue generation after the County Board chairman asked us to assist in finding revenue for the county.  Although we have identified numerous areas for them to establish revenue it appears the only options they are interested in are those that don’t require elected officials be held accountable.  We find that rather odd considering what just took place in Mattoon recently.

After reading the swift and decisive action taken by the Mattoon City Council  members and employees after questions were raised concerning the “proposed“ sale of city property to the city manager’s fiance, we were left dumbfounded as to why many of our elected and appointed officials cannot display any resemblance to an ethical person.

The Mattoon City Attorney and Treasurer, Preston Owen, resigned over the proposal last month, and the city council fired the City Administrator, Sue McLaughlin, last week, albeit without cause and around a $50,000 severance package. The point we are trying to make is people with a conscience that want to sleep at night, will at a minimum acknowledge their past actions or the board with the power will terminate them. This situation was over a PROPOSED property sale, and those actions were taken. Makes you wonder what the problem is in Edgar County and why our officials refuse to admit wrongdoing when presented with their own paperwork.

In the 5 part series we ran we intentionally kept names out of it in hopes that they would at least admit the wrongdoing and make it right.  No such luck as this county appears to be based on coverup and deception from many of its top officials.

We figure now is better than ever to share the names involved from those previous stories.  Why now?  Well maybe because had these people been prosecuted it would have sent a message to the now exposed family corruption in the Mass Transit office.  Dont think for a second it will stop there as there is more “family affairs” in this county to be exposed for their illegal actions.

Nothing like keeping it in the family!  Seems to be the trend in this county and for some odd reason we are told ONLY a criminal complaint from law enforcement will generate ANY action from the States Attorney’s office? 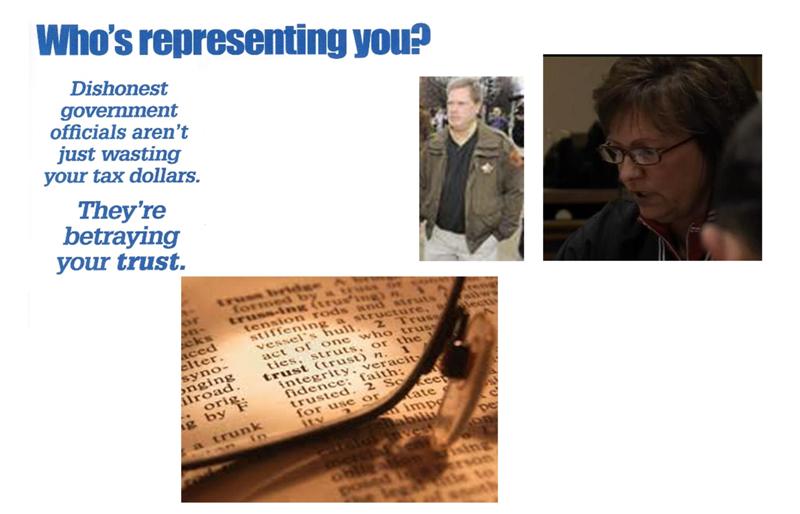