A story from nearby Brazil, Indiana. 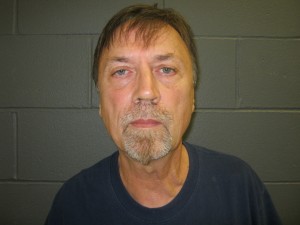 BRAZIL, Ind. (WTHI) – A former Clay County Township Trustee was arrested by the Indiana State Police on allegations of theft and forgery totaling over $71,000 on Friday.

Around 5 p.m., the Police arrested and charged Paul H. Hackett, 62, of Brazil, Ind. with nine felony counts which include one count of forgery, class C felony and eight counts of theft, class D felony, that add up to $71,023.21

Police believe the theft and forgery happened from June of 2007 through the year 2010, during Hackett’s four-year term.

The investigation began in May of 2010 when the Indiana State Board of Accounts contacted the Indiana State Police alleging numerous township checks had been issued and signed by Paul H. Hackett for personal gain, all during his time as the elected Van Buren Township Trustee.

The State Board of Accounts agency initiated the audit after receiving an inquiry from a utility company about a township check they allegedly received from Paul H. Hackett to pay on the personal account of Paul H. Hackett.