Another example of total disregard for the law.

Under Illinois law no final action may be taken at a closed meeting, commonly referred to as an Executive session.

For referance http://www.ilga.gov/legislation/ilcs/ilcs3.asp?ActID=84&ChapterID=2 (5 ILCS 120/2) (from Ch. 102, par. 42) (Text of Section from P.A. 96‑1235) Sec. 2. Open meetings. (e) Final action. No final action may be taken at a closed meeting. Final action shall be preceded by a public recital of the nature of the matter being considered and other information that will inform the public of the business being conducted. All you have to do is look at the two documents provided from the 2003 and 2005 Executive Session from the Edgar County 911 board and you can see, they in fact took action in a closed meeting.

These two documents are the foundation of many that reflect business being done outside the eyes of the public and what appears to be a violation of the law.

You Be the Judge! 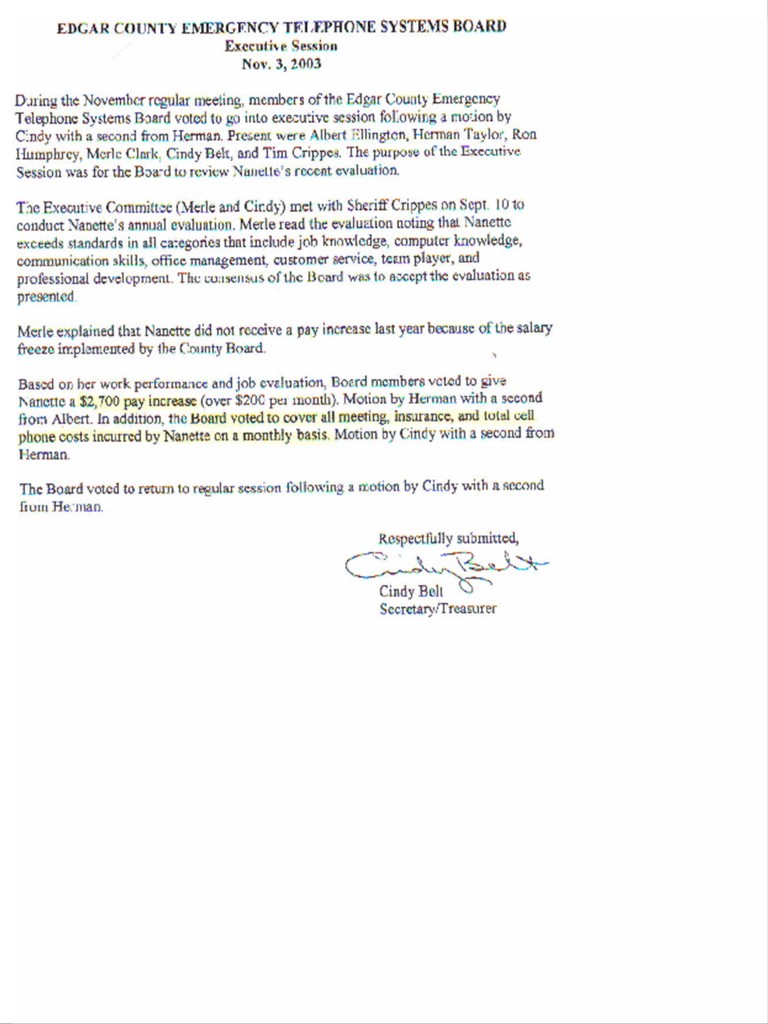 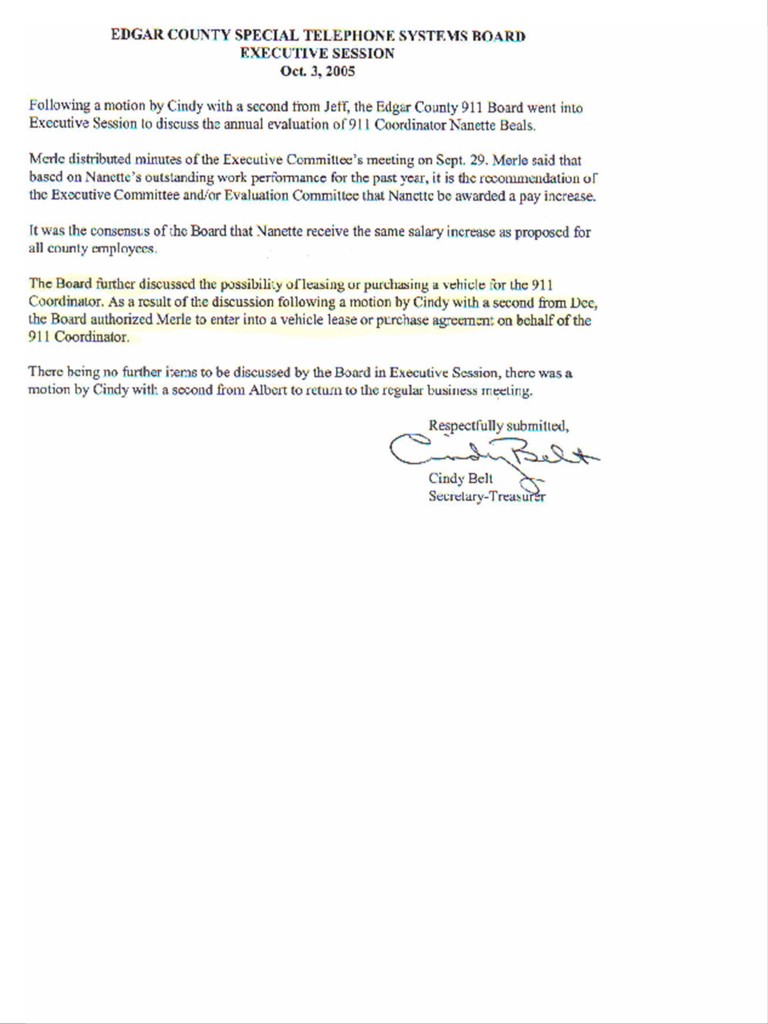