The below press release from the New York Attorney General reports that a LAPD Captain took a confidential and official police report concerning a sexual assault, and then shared the confidential report with the alleged assailant and the assailant’s company (CBS).

The Police Captain then provided follow up status reports of internal police investigations to CBS. That allowed the company to then investigate the victim, her family, develop a counter-strategy to defeat her claims, and attempt to bury the report permanently.

Today, the NY Attorney General made CBS pay a considerable sum for their part in the disgusting and corrupt conduct.

The LATimes and Variety also reported on this.

NEW YORK – New York Attorney General Letitia James today secured $30.5 million from CBS and former CBS President and Chief Executive Officer, Leslie Moonves, for concealing sexual assault allegations against Mr. Moonves, misleading investors about those allegations, and insider trading. An investigation by the Office of the Attorney General (OAG) found that CBS and its senior leadership knew about multiple allegations of sexual assault made against Mr. Moonves and intentionally concealed those allegations from regulators, shareholders, and the public for months. The investigation also revealed that another senior executive at CBS — one of the few people who knew about the allegations — sold millions of dollars of CBS stock in the weeks before the allegations became public.

These actions constituted insider trading and violated New York’s investor protection laws. As a result, CBS and Mr. Moonves are required to pay $30.5 million, the majority of which will be returned to CBS shareholders. CBS is also required to reform its HR practices around sexual harassment, including reporting and training, and provide biannual reports to OAG. In addition, Mr. Moonves must obtain written approval from OAG before accepting an executive or officer position at a public company doing business in New York for the next five years.

“CBS and Leslie Moonves’ attempts to silence victims, lie to the public, and mislead investors can only be described as reprehensible,” said Attorney General James. “As a publicly traded company, CBS failed its most basic duty to be honest and transparent with the public and investors. After trying to bury the truth to protect their fortunes, today CBS and Leslie Moonves are paying millions of dollars for their wrongdoing. Today’s action should send a strong message to companies across New York that profiting off injustice will not be tolerated and those who violate the law will be held accountable.”

Over the course of several months, the LAPD captain continued to secretly provide Mr. Moonves and CBS executives with status updates on the LAPD’s investigation. The LAPD captain made it clear that he was willing to intervene on Mr. Moonves’ behalf and Mr. Moonves solicited his assistance. He assured CBS executives that he had spoken to his contacts within the LAPD and implemented controls to prevent news of the police report from leaking to the press from the LAPD. He added that “although it’s not 100% Confidential as we have to bring the [district attorney] into the picture, I think at this point CBS should feel better than they did last week. The key is that NO other accusers come forward.”

Mr. Moonves and the CBS executive met with the LAPD captain in person and discussed the investigation. When the allegations finally became public and Mr. Moonves resigned from CBS, the LAPD captain sent a text to the executive saying, “We worked so hard to try to avoid this day. I am so completely sad.”

While aware of the allegations against Mr. Moonves, CBS and Mr. Moonves made deceiving statements to the public and regulators months before the allegations were in the news. At a public event, Mr. Moonves misleadingly said he did not know of workplace harassment issues, while privately trying to interfere in the Los Angeles investigation and working to suppress another allegation uncovered by a reporter. In its annual filing with Securities Exchange Commission (SEC), under “risk factors” CBS stated that its business “depends upon the continued efforts, abilities, and expertise of its chief executive officer and other key employees” without disclosing that Mr. Moonves’ tenure at CBS was in jeopardy because he was accused of sexual assault.

As CBS tried to hide these allegations, the company authorized its former Chief Communications Officer, Gil Schwartz, who was one of the few people with information about the allegations and the LAPD police report, to sell his shares. Six weeks before the first article about the allegations became public, Mr. Schwartz sold 160,709 shares of CBS stock at an average weighted price of $55.08 for a total of $8,851,852. The stock dropped 10.9% from the day before the news broke to the trading day after.

Mr. Moonves’ actions as the CEO of CBS, together with actions by other senior executives, constituted persistent and illegal conduct and violated New York’s Martin Act and other investor protection laws.

As a result of today’s agreement, CBS is required to pay $28 million, $22 million of which will go back to CBS shareholders and $6 million to strengthening mechanisms for reporting and investigating complaints of sexual harassment and assault. In addition, every single stock trade made by a senior executive of CBS must be specifically approved by the company’s chief legal officer.

Mr. Moonves is required to pay $2.5 million which will go to CBS shareholders. In total, CBS shareholders will receive $24.5 million. Additionally, for the next five years, Moonves may not serve as an officer or director of any public company doing business in New York without written approval by OAG.

Today’s agreement also requires CBS to continue its obligations under OAG’s Civil Rights Bureau’s agreement, which requires CBS to conduct annual employee surveys about the work climate within CBS, submit its sexual harassment training to OAG for review, enhance its outreach and recruitment efforts to hire more women at all levels of management, and financially commit to fund human resources reforms within CBS.

The Investor Protection Bureau investigation was handled by Assistant Attorneys General W. Kwame Anthony and Gabriel Tapalaga and Senior Enforcement Counsel Matthew Woodruff, with assistance from Legal Assistant Elijah Maksimov and Pascual Noble, under the supervision of Bureau Chief Shamiso Maswoswe and Acting Deputy Bureau Chief Kenneth Haim — all of the Investor Protection Bureau. Data Scientist Gautam Sisodia and Senior Data Analyst Akram Hasanov provided additional support, under the supervision of Director Jonathan Werberg, all of the Research and Analytics Unit. The Investor Protection Bureau is a part of the Division for Economic Justice, which is led by Chief Deputy Attorney General Chris D’Angelo. The Division for Economic Justice and the Division for Social Justice are both overseen by First Deputy Attorney General Jennifer Levy. 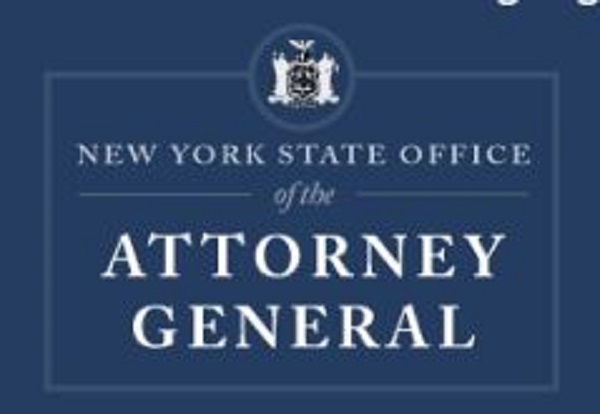