Will County Board Member Amanda Koch resigned from office after the Will County State’s Attorney’s Office delivered a 4-page letter to her spelling out the conflicts of her serving as a county board member and as a Commissioner of the Veterans Assistance Commission (“VAC”) of Will County.

The letter indicates there is a violation of Section 1 of the Public Officer Prohibited Activities Act by Koch serving as both a county board member and as a Commissioner to the VAC, which has several contracts with the county board, whether written or customary.  That is the same law we pointed out months ago and Kock continued to ignore the law and held the two offices in direct violation of the law.

Quote from the letter:

“if the [public] bodies were at odds with each other the individual would find themselves in a position of being a participating member of two boards involved in litigation as opposing parties. That cannot happen. Based on the foregoing, the offices of county board member and Delegate to the VAC are incompatible offices.”

We brought this to the Commission’s attention as well as Koch’s attention during public comment at previous board meetings and wrote about the conflict in previous articles (here and here) where we pointed out the conflict when she voted, twice, as a county board member in favor of the county granting $495,000 to the VAC.

An incompatible office does not rely on actually voting, even though Amanda Koch did so twice, rather merely being in the position(s) where you may be called upon to act or vote is enough to trigger the incompatible offices/conflict of interest unless the legislature had previously determined one person could hold both offices.

In spite of all the truth, we find it very concerning that a VAC member and or potential Board President of the VAC would go on the Radio and make several misrepresentations and even claim she did nothing wrong when in fact she most certainly did, as was so clearly pointed out by her own legal counsel for her in the position of county board member.  She violated the act by holding two offices that were incompatible.  More troubling is Koch’s silence when the VAC board secretary lied to the public during a meeting claiming Koch never voted on certain matters at the county level that affected funding for the VAC.  Koch voted on those matters and let the lie stand rather than correct the messaging coming from the secretary.  That is not leadership material but rather political maneuvering.

While claiming on the radio she has never used the VAC to grandstand, she is on the radio as an alleged VAC board member grandstanding about VAC matters in an effort to make herself look important.  She even claimed the VAC has not really been doing business.  That is yet another lie as the VAC staff have continued to provide services in spite of all the failures of the board, which was mostly made of members who were not legally qualified to hold the seat, Koch included.

We note she failed to tell the radio host she was in possession of a letter clearly pointing out her actions were in conflict with the law – holding both offices.  Nor did she say a word about her intention to resign from the county board after that radio interview.  It takes a really special kind of person to have the audacity to go on national radio and cast her opinions on others all while staying silent about her own documented malfeasance, of which she claimed she did nothing wrong.

The VAC needs leadership and if members are unable to recognize a train wreck (Amanda Koch) right in front of them and they elect her to be the next President of the VAC, we will keep them in our prayers. 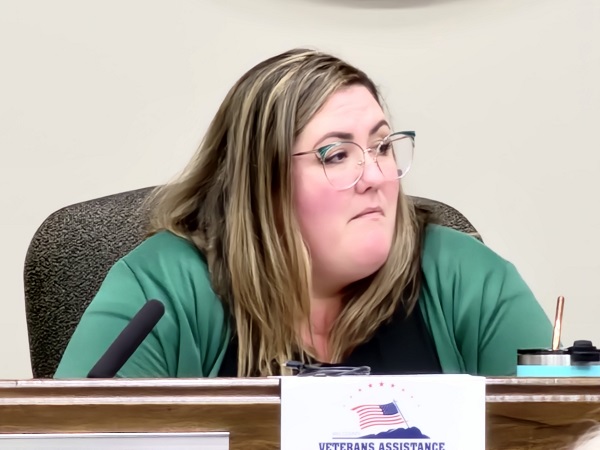