The Shelby County Road and Bridge Committee met last week to discuss numerous matters. One in particular was the appointment to the position of Acting Engineer for the Shelby County Highway Department.

While the position of “acting engineer” does not require the person to be an engineer, we found no record of this board member ever having been a licensed engineer on the Illinois Department of Professional Regulations website.  While there are times the site is not up to date, any licensed engineer having worked in the state for 30 plus years as an engineer should be listed with either an expired or active license.

Jeremy Williams raised concern about such an appointment with a simple question, “Is that legal for a board member to be an acting engineer”?

Without hesitation, Coffman declared it was legal, along with Bob Simpson chiming in claiming anyone can hold that position.

Coffman went on to justify his position based on what he was told by the IDOT representative along with the worst justification of all, others are doing it all over the state.

We contend Coffman’s legal declaration is wrong and one only need to read the very law cited by Williams during the meeting, which can be viewed at the 23:21 minute mark of the video below.

The argument that IDOT said it was OK is yet another problem we find across this state with public officials.  Few are reading the law and even fewer are getting written legal opinions to support their claims, assuming IDOT made such a claim.  We have contacted IDOT on the matter and will update if or when we get a response.

So there is no confusion, the position of County Engineer is in fact a public office created by statute which includes an actual term of office.  Thus, anyone holding that office, whether as the acting engineer or the engineer, they are holding a statutorily created public office.

The justification of it’s OK because she would not be getting paid misses the point.  Holding both positions creates a conflict.  When pointing to the statute cited above regarding board member appointments, the courts have made it clear.

“The court held that, under the plain language of section 1, and except to the extent specifically authorized by law, a county board member is prohibited from simultaneously holding another public office. Wilson, 357 Ill. App. 3d at 206.”

We once again urge the Shelby County Board to demand a written legal opinion on this matter prior to any vote appointing a board member to another public office unless that board member resigns prior to any such appointment.

We urge everyone to listen to Coffman’s comments as well as Simpson’s.  Simpson appears to misunderstand the question raised as it was not a question of who can be appointed but rather is such an appointment legal. 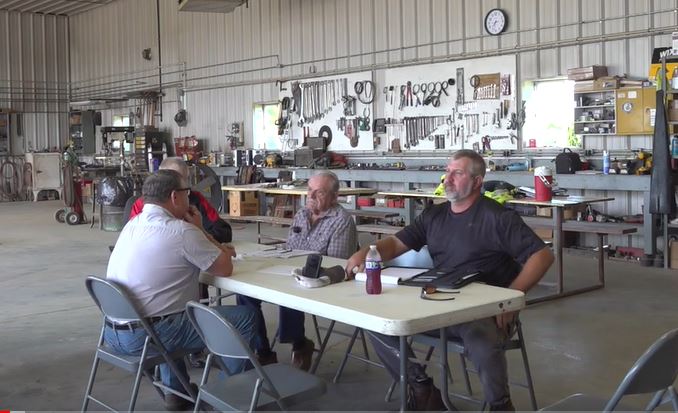