Shelby County Board Takes Actions Inconsistent With The Law, Again.

The Shelby County Board voted to implement a payroll system with a private company called Paylocity.  However, the plain reading of the language used to support such a resolution is crystal clear, but appears to be beyond the comprehension of the County Board and State’s Attorney.

“WHEREAS, pursuant to 55 ILCS 5/5-1005 (16), the County has the power “to install an adequate system of accounts and financial records in the offices and divisions of the county, suitable to the needs of the office and in accordance with generally accepted principles of accounting for governmental bodies, which system may include such reports as the county board may determine;”  (Resolution)

Paylocity is not in the offices and division of the county so we are baffled as to how this resolution meets the plain language of the law being cited as the justification to outsource payroll. The county board is not wanting to install an adequate system of accounts and financial records but rather outsource payroll at an additional cost to the taxpayers.

Board member Dereck Pearcy specifically asked what statutory authority allows the county or the treasurer to outsource payroll. Rather than citing any such statute, the State’s Attorney reads from the resolution that has nothing to do with outsourcing payroll, thus not answering the board member’s question.

The issue with the outsourcing is the resolution adopted by the county board years prior assigns specific duties to the treasurer and it is being ignored.

Ignoring the facts and the law is nothing new for public body as another action taken during the meeting was clearly outside their authority.

The board voted to amend the rules, regulations, and procedures of the Sheriff’s Merit Commission.  The county board has no such authority and had anyone simply read the law pertaining to the commission, they would have known.

(55 ILCS 5/3-8009) (from Ch. 34, par. 3-8009)
Sec. 3-8009. Rules and regulations. Pursuant to recognized merit principles of public employment, the Commission shall formulate, adopt and put into effect, rules, regulations and procedures for its operation and the transaction of its business.
The Commission shall set standards and qualifications for each class.
(Source: P.A. 86-962.)

The entire meeting was filled with what appears to be agenda-driven decisions rather than good business practices for a county government.  The video below is from the meeting in question.  We encourage a complete review of the meeting. 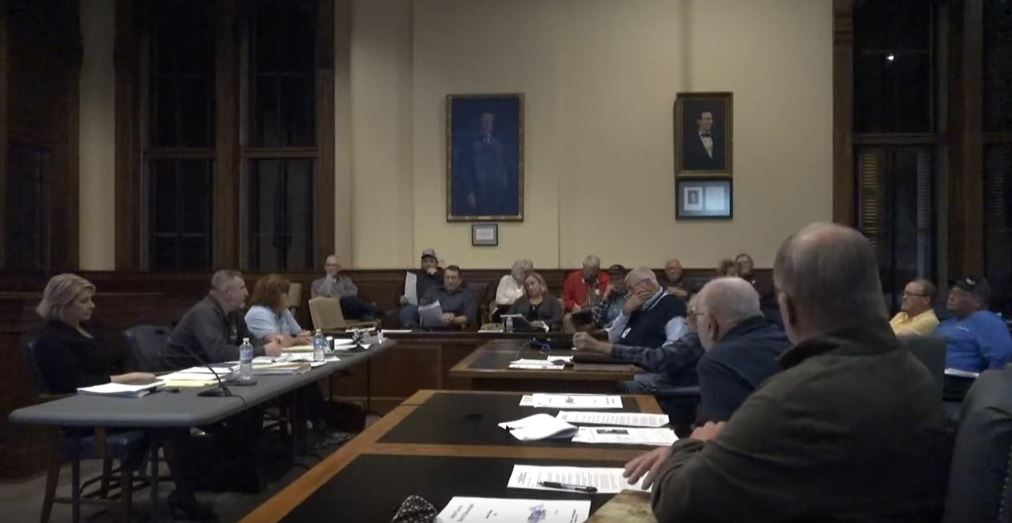