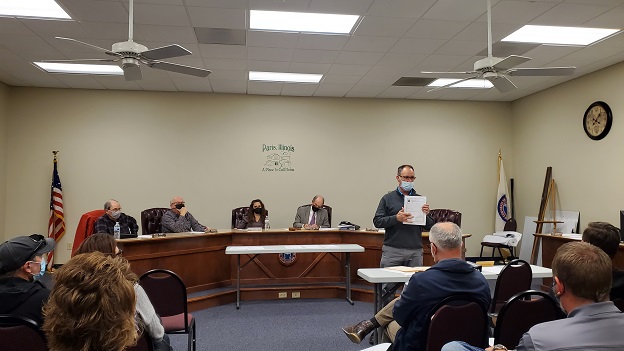 The Paris City Council met last night in its pre-agenda public meeting for approximately one hour.

One councilman submitted his resignation, which will be on the city council agenda for next week, and the remainder of the meeting had residents and the council discussing the recent rise in thefts and other crimes, and what could be done about it.

Doug Cochran presented information he obtained while researching Neighborhood Watch programs and how such a program could help residents of Paris.  He left a packet with the council and information sheets for residents.

Paris District 95 superintendent was present and said the school would assist in any way they could.

An Army recruiter was there and said he would assist in any way he could.

Also discussed were alleged issues with the State's Attorney not prosecuting individuals. It was mentioned, and we confirmed this with the Edgar County Board Chairman, that Edgar County has recently hired a full-time assistant state's attorney and a full-time public defender. This should provide more time and resources for prosecutions.

Another meeting is schedule for early December, and will be published by the city of Paris, and on the Paris Police Department's facebook page.