Illinois State Representative Margaret Croke file HB4156 today, which would make firearms manufacturers and dealers (including people who legally sell firearms) financially responsible for injuries or deaths which results from the unlawful discharge of a firearm in the State.

Creates the Firearms Dealer and Importer Liability Act. Provides that the Act may be referred to as the Protecting Heartbeats Act. Provides that any manufacturer, importer, or dealer of a firearm shall be held strictly liable for any bodily injury or death if the bodily injury or death proximately results from the unlawful discharge of the firearm in the State. Allows any person, other than an officer or employee of a State or local governmental entity, to bring a civil action against any person or entity who violates the Act. Requires the court to award a prevailing claimant: (1) injunctive relief; (2) statutory damages in an amount of not less than $10,000 for each individual injured or killed by a firearm that the defendant manufactured, imported, or dealt; and (3) costs and attorney’s fees. Provides for various limitations.

This Bill, which will hopefully never see the light of day, also strips a plethora of defenses from any Defendant who is accused under this Bill should it become law.

It even strips a Court’s power to find it inconsistent with the Second Amendment unless certain strict conditions are proven.

Croke is also a co-sponsor of the anti-First Amendment HB4151.

At least she is sponsoring them in numerical order… 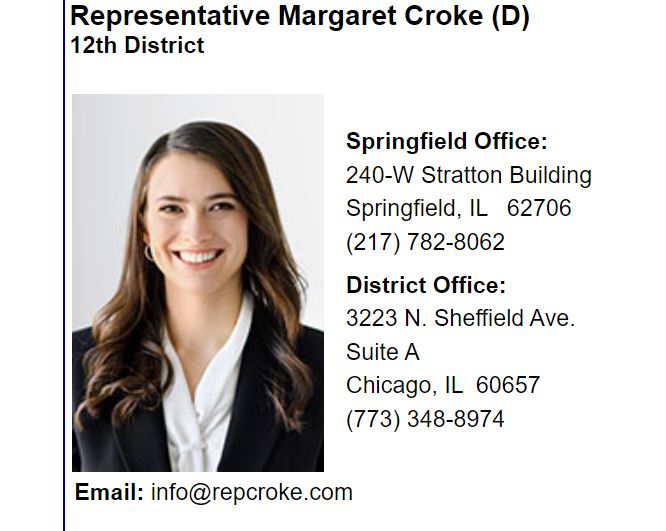