The following are two separate observations of state government actors from the month of July 2021.

First, when long-time, high ranking members of the Illinois State Police, in official state police vehicles, think they can drive down the interstate at between 85 and 90 miles per hour for almost an hour’s worth of driving, and for routine non-emergency business, there is a failure at the highest levels of policing in Illinois.

Second, when the agency responsible for the implementation and administration of the Open Meetings Act and the Freedom Of Information Act cannot comply with the laws they are charged with administering, that is a failure at the highest levels of the Illinois government.

We previously wrote about purchases approved by the Attorney General’s Procurement Policy Compliance and Monitoring Board dealing with the AG’s computer and email systems being hacked on April 10, 2021, and the nearly $1 million spent in April attempting to bring it all back online (here). A recent report by the Better Government Association indicates more than $2.5 million has been spent by the AG’s office related to the April computer hack (here).

Within the Illinois Attorney General’s Office is the “Procurement Policy Compliance and Monitoring Board.”

Wanting to learn more about what this board does, we submitted a couple of FOIA requests to the AG’s office requesting meeting agendas and meeting recordings for the meetings this board held during May and June of 2021.

They produced some of the agendas, which left seven meetings during that two-month time frame without having an agenda.

The AG properly extended that request an additional five business days. On the last day for them to respond during the five-day extension, they sent the recording of the June 23, 2021, open meeting which lasted less than three minutes, and asked for an additional extension. I declined the additional extension, and two days later, they produced audio recordings of an additional four meetings, and again asked for another extension – this time to produce the remaining audio recordings by August 3, 2021 (more on that in a different article). Keep in mind these are all open public meetings.

While listening to the five meeting recordings, I noticed a concerning pattern; the meetings violated the Open Meetings Act, Section 7(e)(6), for electronic attendance (pandemic rules), which requires all votes to be roll-call votes so that attendees and the public may know how each board member voted:

” . . . all votes are conducted by roll call, so each member’s vote on each issue can be identified and recorded . . .“

When approving past meeting minutes, there was a Motion and a Second, and then an announcement that the Motion passed – there was no vote.

When approving contracts and expenditures, there was simply an explanation of the agenda item, asking board members for comment on it, and then moving on to the next item. No Motion, Second, or Vote – however, the meeting minutes indicate the action taken on the agenda items.

Example: May 26, 2021. The recording indicates an agenda item for a $603,783.00 three-year contract with Lexus-Nexus. The item was explained, there was no motion, second, or vote in the audio recording, but the meeting minutes indicate the purchase was made or a contract was generated. The same thing happened for the scanner maintenance contract in the amount of $137,567.98.

This is unacceptable for any board at any level of government in Illinois, but for a board within the Attorney General’s office to operate in this fashion reeks of incompetence and should immediately be corrected, which should, at a minimum, include additional training on the Open Meetings Act for these board members prior to their next meeting. We are confident the AG’s Public Access Counselor division is fully capable of providing this additional training. 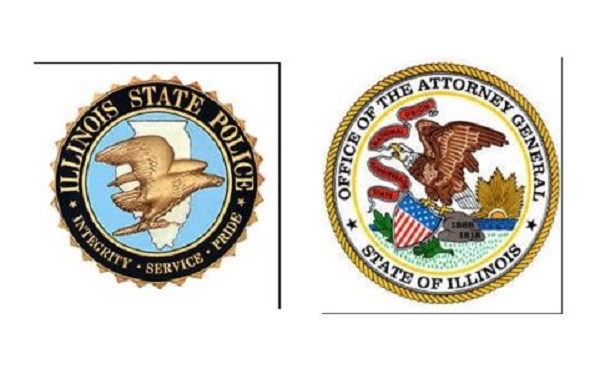