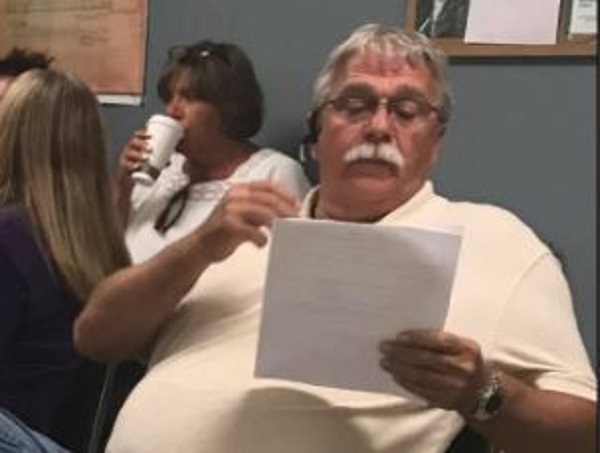 Local pauper John Norton filed another frivolous and unverified lawsuit a few weeks ago. He is able to do this by "qualifying" for exemptions to the filing fees, and he is good at using that privilege.

In his latest unintelligible lawsuit, he filed a Complaint against Wesley Township Trustee Leonard McCubbin in his individual capacity, and purportedly under the Citizens Participation Act ("CPA"), 735 ILCS 110.

Our reading of Section 15 of the CPA, indicates it can only be used "to dispose of a claim in a judicial proceeding . . ." - which should mean that a lawsuit based entirely on the CPA has no merit. A CPA is a Motion in response to a lawsuit filed against a person or entity, not the basis to file the lawsuit itself.

In Count 1, Norton complains of allegedly getting hit more than 2 years prior to this filing - which was summarily disposed of by the Courts in a previous filing by Norton against McCubbin. See the definition of res judicata. He complains that McCubbin may have used social media to intimidate and discourage him from attending township meetings and using township property like the park.

In Count 2, Norton alleges that someone committed perjury more than 2 years ago and that he deserves $45,000 for that, and restates his "rights" under the CPA.

A copy of the lawsuit can be downloaded at this link or viewed below.