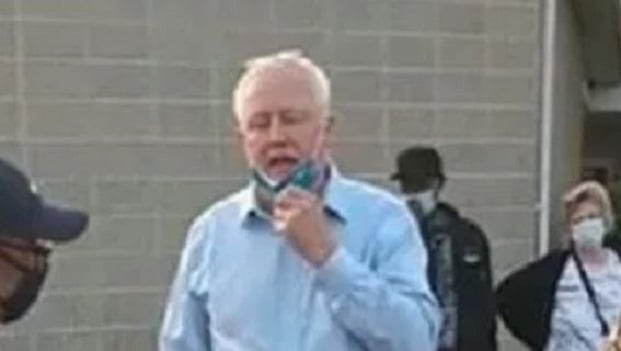 When reviewing a response to a FOIA request, we found incidences where former Avon Township Supervisor and current Lake County Board Member, Terry Wilke, described people by using terms related to disabilities and otherwise lying about them.

Is this particular email, he responded to an email from Bonnie Kurowski, and used terms like "reputed Klan member" - "kook with developmental disabilities" - and "some sort of bipolar disorder" when lying to Bonnie about people he considered his enemies during the run-up to the April 2021 elections.

He did this while using his government issued email account.

If you had listened to any of the past Avon Township meetings, Wilke is the one with the problems, and it is simply amazing that anyone would ever want him to continue holding a county board seat when he describes people in this fashion. 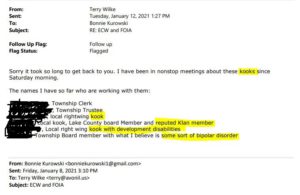