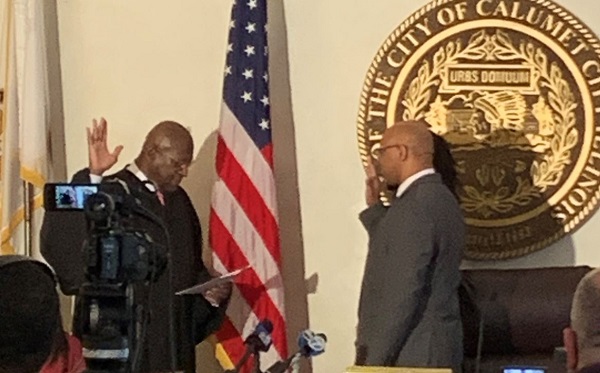 Jones took his Oath of Office at the noon meeting today in a packed room.

Jones also helped elect the first black Alderwoman today, Monet Wilson.  Her son announced today that he has chosen to attend Morehouse College which is where Dr. King attended.

Jones' wife Saprina Jones was in attendance.  His mother and mother in law , whom he also referred to as “mother” today, were also there.  His mother is a recent Breast Cancer Survivor.

His two sons were there as well. 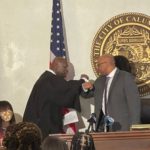 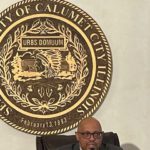